Skip to content
Home » Turn off the computer, Art Hop is moving back outdoors this April 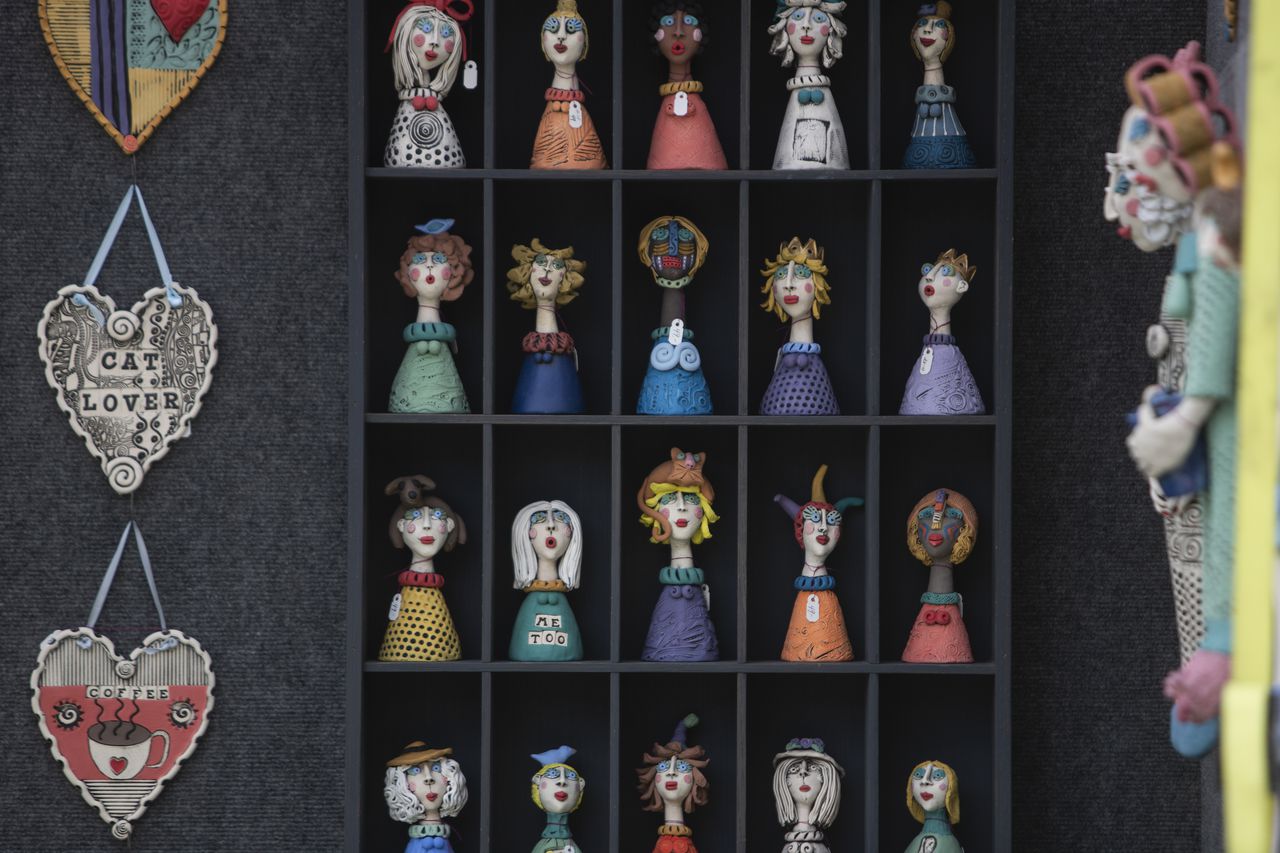 KALAMAZOO, MI — After a year of virtual art hopping, one of Kalamazoo’s beloved traditions is once again taking it to the streets.

On April 2, Bates Alley and the Kalamazoo Mall will have that old familiar feeling as Art Hop, in its 35th year, returns to an in-person format — providing artists and art lovers alike an opportunity to mingle, browse and share a cocktail in socially-distance style.

The Arts Council of Greater Kalamazoo announced Thursday that about two dozen artists and/or businesses will be setting up shop outside from 6-8 p.m., April 2, in what is anticipated to be the first of many in-person, first-Friday events this year.

“We’re so excited to be able to bring back Art Hop in an in-person atmosphere and to support our businesses downtown as well,” said Bianca Washington Ciungan, program director with the Arts Council. “And this isn’t just for April, we are planning to do in-person, outdoors or indoors, moving forward this year.”

Ciungan said plans are to keep Art Hop outside at first as not all artists and businesses are ready to take part in an indoor event and it will allow patrons who are leery to be outside and not feel packed in.

For the April 2 event, the artists will all be set up in Bates Alley, while numerous businesses in the alley and on the mall will have tents up outside as well. New this year, attendees will be able to buy a drink downtown from one of the bars or restaurants in the city’s social district and take it with them from booth to booth. Art hoppers will also be treated to music provided by DJ Todd Brown.

“We were like a fish out of water and had to pivot in a way we never had before and that was a challenge,” Ciungan said. “But even though we couldn’t physically see each other face to face, Art Hop never stopped. We were fortunate to be able to keep it going.”

Ciungan said by the end of 2020, they had the virtual kinks worked out and they plan to continue offering a virtual element as they transition back to in-person gatherings.

There is an Artist Happy Hour slated for 6 p.m., March 24 and on April 2 during the in-person Art Hop there will be a virtually streamed concert at 7 p.m. from the The Arts Council of Greater Kalamazoo Facebook page.

In addition to Art Hop returning to in-person, Ciungan said Art on the Mall, held annually the first weekend of June is also expected to return. The event will be scaled down compared to years past, she said, to provide for additional spacing for patrons.

Anti-Asian hate instances, attacks spike but people are reluctant to report to police