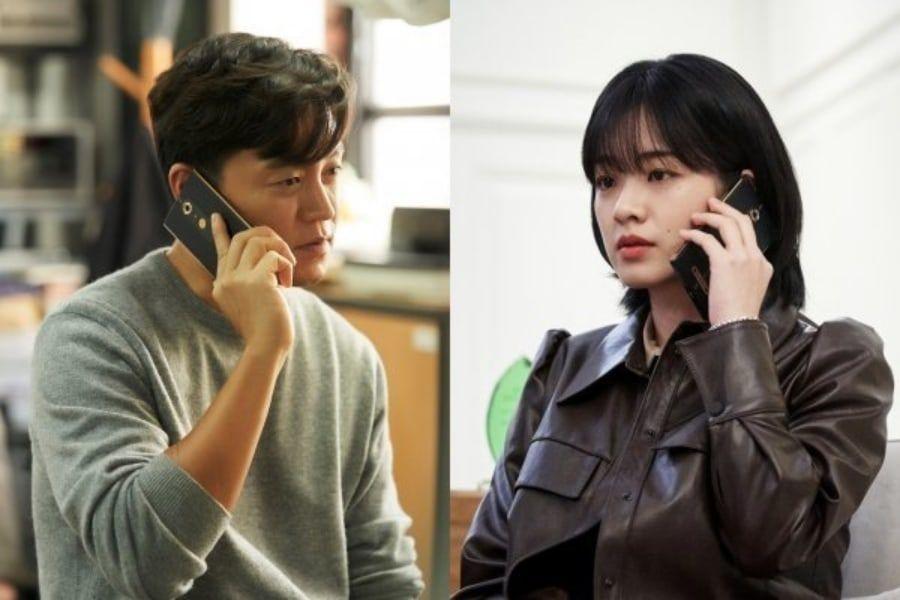 OCN’s new Saturday-Sunday drama “Times” is a “time-warp” political mystery drama featuring Lee Seo Jin as Lee Jin Woo and Lee Joo Young as Seo Jung In. While Lee Jin Woo is a journalist living in 2015, Seo Jung In is the daughter of South Korean president Seo Gi Tae (Kim Young Chul) living in 2020. The story develops after the two are connected over the phone.

With a month left until the premiere, details about the drama are being shared one by one. Here are the two reasons why the series is titled “Times”!

The name of the media outlet that Lee Jin Woo runs is “Times.” As a journalist, Lee Jin Woo prioritizes investigating and bringing forth the truth hidden in the dark. This is also the basis for the outlet’s existence. But Lee Jin Woo’s ideals were always challenged by reality. When he disregarded threats coming from individuals trying to hide the truth and continued publishing criticizing pieces, he led the company into financial trouble as he lost sponsors. Like this, Lee Jin Woo’s upright behavior helps maintain the essence of “Times” but also pushes the outlet into crisis.

The production team commented, “‘Times’ is a crucial tie that links Lee Jin Woo from 2015 and Seo Jung In from 2020. Following the time-warp, the characters and their surroundings go through both minor and major changes. Please check what Lee Jin Woo’s ‘Times’ of 2015 means to Seo Jung In in 2020 in the first episode.”

Another reason why the title of this series is “Times” is because both the past and the present exist in one story. The plot follows two timelines separated by five years. Seo Jung In, who can’t come to terms with her father’s death, tries to put everything back in place by communicating with Lee Jin Woo. Lee Jin Woo also works with her in an attempt to prevent his oncoming death. As the two start digging up the truth while pursuing their own goals, little cracks start to appear in the timeline. These cracks will lead to unexpected changes in unexpected places, placing Lee Jin Woo and Seo Jung In in further chaos.

How the two react to the series of monumental events and truths that follow will be an important key point to look out for. It will also be interesting to see if they maintain their virtual collaborative relationship through all the ups and downs of being in a time-warp.