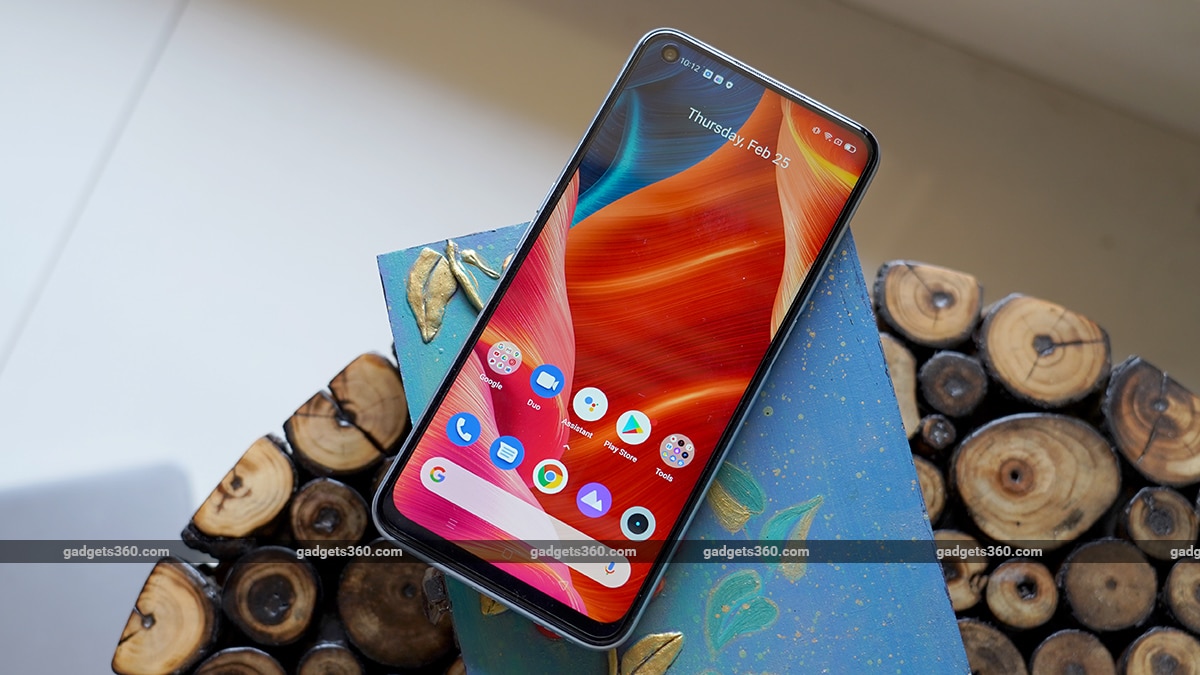 Budget 5G smartphones are all the rage right now, even though 5G isn’t available in India yet, and yet we’re seeing brands launching 5G offerings by the dozen. The latest entrant now is the Realme Narzo 30 Pro 5G which launched on February 24. It started as a trickle last year and in 2021, and we already have a handful of really good smartphones under Rs. 30,000 that are ready for the next-gen, high-speed network.

The challenge among manufacturers seems to be who can offer the most affordable 5G smartphone and for now, that title goes to the Realme Narzo 30 Pro 5G. With a starting price of Rs. 16,999, it’s currently the least expensive 5G phone in India. Add to that a high refresh rate display, a large battery with fast charging and a powerful SoC — and you have yourself a pretty feature-packed smartphone.

It’s time to find out if it’s a worthy upgrade over the Narzo 20 Pro (Review) and just how much value does it offer.

We’ve talked about the design in my first impressions piece and my opinion hasn’t changed much even after a week of using it. The all-plastic body has held up well so far, ergonomics are good, and it doesn’t feel very heavy even though it weighs about 194g. The Blade Silver colour that I have looks nice and it does a good job of hiding fingerprints, although it would have been nice to see some sort of a design here as without it, it ends up looking a bit bland.

The side-mounted fingerprint sensor works very well. All that’s needed is a quick tap to unlock the phone. Face recognition is equally quick. All the physical buttons are placed within the reach of your fingers, with good tactile feedback.

I quite like the display too, which is large and vivid. It’s a 6.5-inch full-HD+ LCD panel with good levels of brightness and colour saturation. I would have liked an AMOLED panel on the Pro model, but I think the inclusion of a 120Hz refresh rate makes up for it. One thing I noticed is that on the default ‘Auto’ setting, the display runs at 90Hz and not 120Hz, which seems to be by design according to Realme. You’ll have to manually set the refresh rate to 120Hz to get the smoothest effect, which is fine since even on this setting, the refresh rate will adapt to what’s on screen and switch between 120Hz, 90Hz, and 60Hz.

The Realme Narzo 30 Pro 5G runs on the MediaTek Dimensity 800U SoC, which has a built-in 5G modem, and is quite powerful and power efficient. It’s also present in Realme’s own X7 (Review) smartphone, which happens to be priced exactly the same as the variant of the Narzo 30 Pro 5G that I’m testing. We’ll get into the value prospect of both phones later on.

You can expand the internal storage of the Narzo 30 Pro 5G via the hybrid SIM slot, but this means sacrificing the use of a second SIM card. There’s dual-band Wi-Fi ac, Bluetooth 5.1, and the standard suite of sensors and support for multiple satellite navigation systems. There’s no NFC or any official IP rating for water resistance, although Realme claims that it can survive light splashes of water. 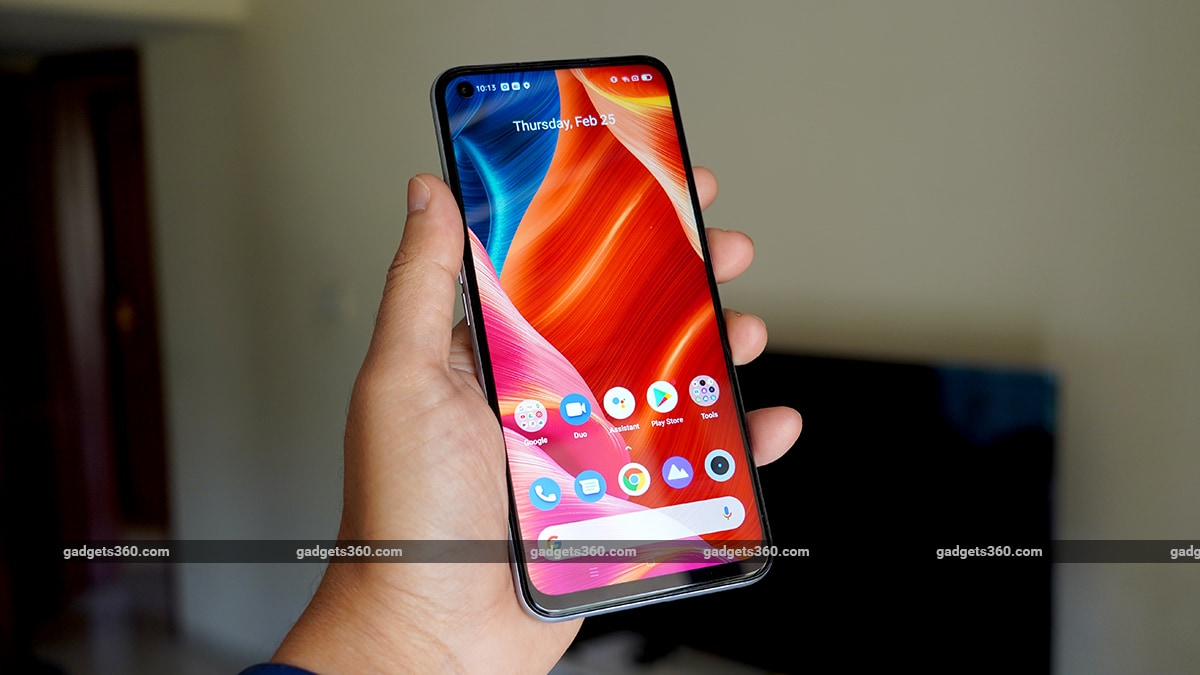 Software on the Realme Narzo 30 Pro 5G is a bit of a letdown since it’s still Android 10 and not 11, which is what many others are offering. It’s not a deal-breaker since it should be one of the first phones in line to get the Realme UI 2.0 update which is based on Android 11, soon. The current version is still highly functional and I don’t really have any complaints with it. There’s plenty of shortcuts, gestures and options to customise your experience of the phone. Some of the pre-loaded apps have the tendency to clutter your notification shade with alerts but you can disable this or simply uninstall most of them.

Performance of the Realme Narzo 30 Pro 5G has been pretty solid all around in the short time I’ve been testing it. The Dimensity 800U is a powerful SoC and it easily handles multitasking or demanding tasks such as gaming, pretty easily. I didn’t notice any heating issues either, except for maybe gaming, where the back of the phone gets a bit warm. The interface feels snappy thanks to the high refresh rate and scrolling through most system menus or even apps feels very fluid. The display has excellent legibility too making it easy to view content even under sunlight.

The bottom firing speaker gets failry loud and the volume is amplified a bit thanks to Dolby Atmos, which is permanently enabled for the loud speaker. While the sound quality is good, don’t expect any surround effect from this single speaker. The vivid colours of the display also makes it a good device for watching movies and TV shows. Games such as Call of Duty: Mobile and others also ran smoothly, with very playable framerates. 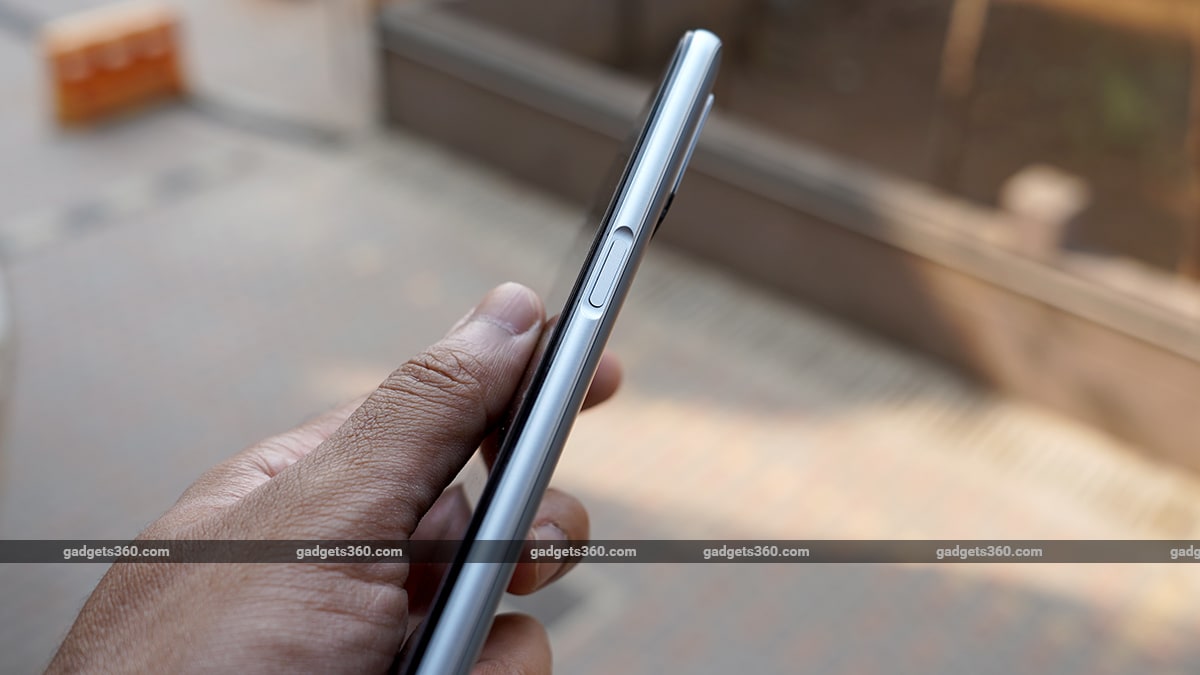 Overall, the Narzo 30 Pro 5G is a dependable smartphone for everyday use. As I mentioned in my first impressions piece, there’s nothing really brand new here that we haven’t already seen before on Realme smartphones, which makes the experience feel very familiar, which isn’t necessarily a bad thing. 5G is new for a phone at this price, but since 5G networks aren’t commercially live yet in India, I wasn’t able to test it out.

This brings us to battery life, which is also pretty solid. The Realme Narzo 30 Pro 5G features a 5,000mAh battery which easily lasts for more than a day with heavy to medium usage. The phone also supports 30W Dart Charge fast charging, which is a big downgrade from the 65W charging on the Nazro 20 Pro, but gets the job done. It takes a little more than an hour to fully charge the battery, which is still pretty quick. The phone lasted just shy of 17 hours in our battery loop test, which is a good sign.

The cameras on the Realme Narzo 30 Pro 5G are your run-of-the-mill setup. There’s a primary 48-megapixel camera, an 8-megapixel ultra-wide camera, and a 2-megapixel macro camera. In the front, you get a 16-megapixel selfie camera. As far as the rear cameras go, you’ll most likely end up using the primary camera for a majority of your shots since it’s the most competent. The ultra-wide camera has its uses but it’s best left untouched in low-light situations. 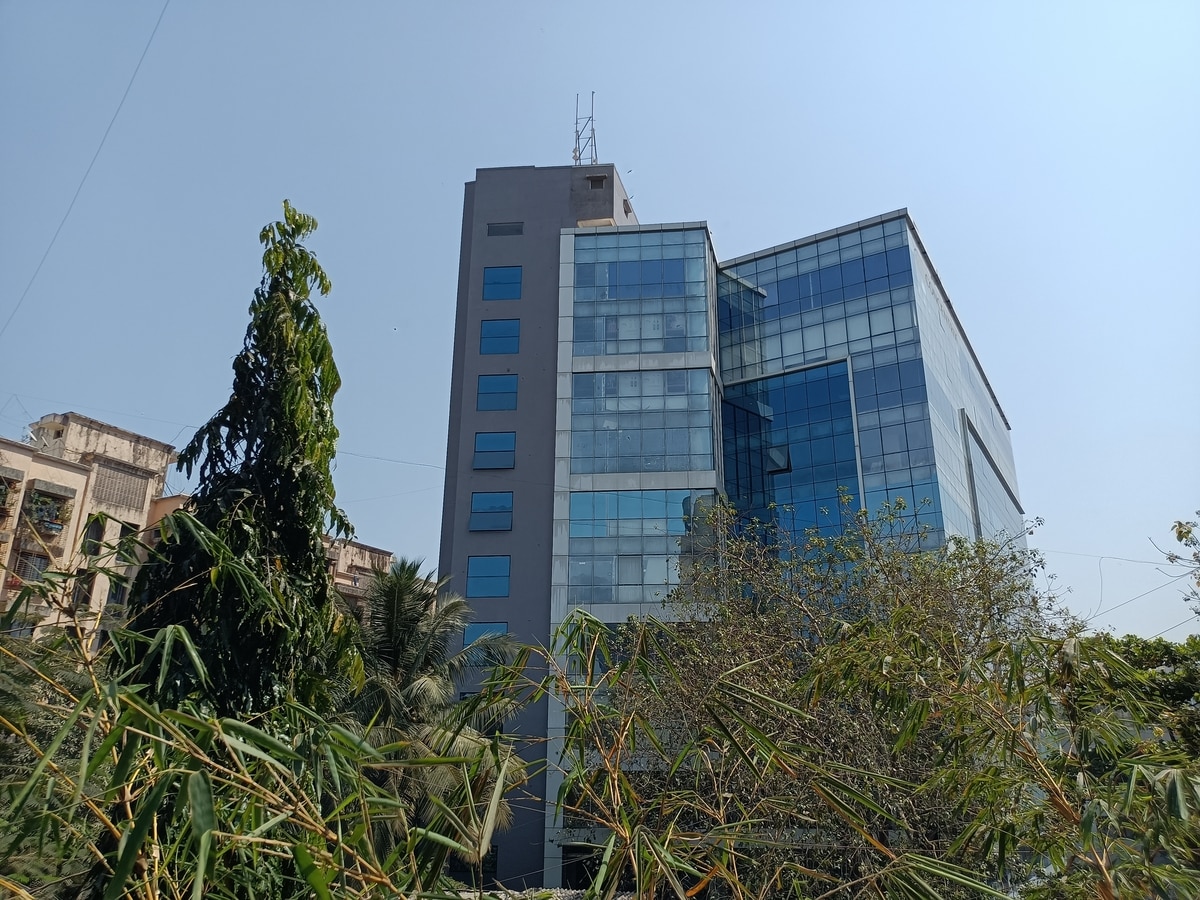 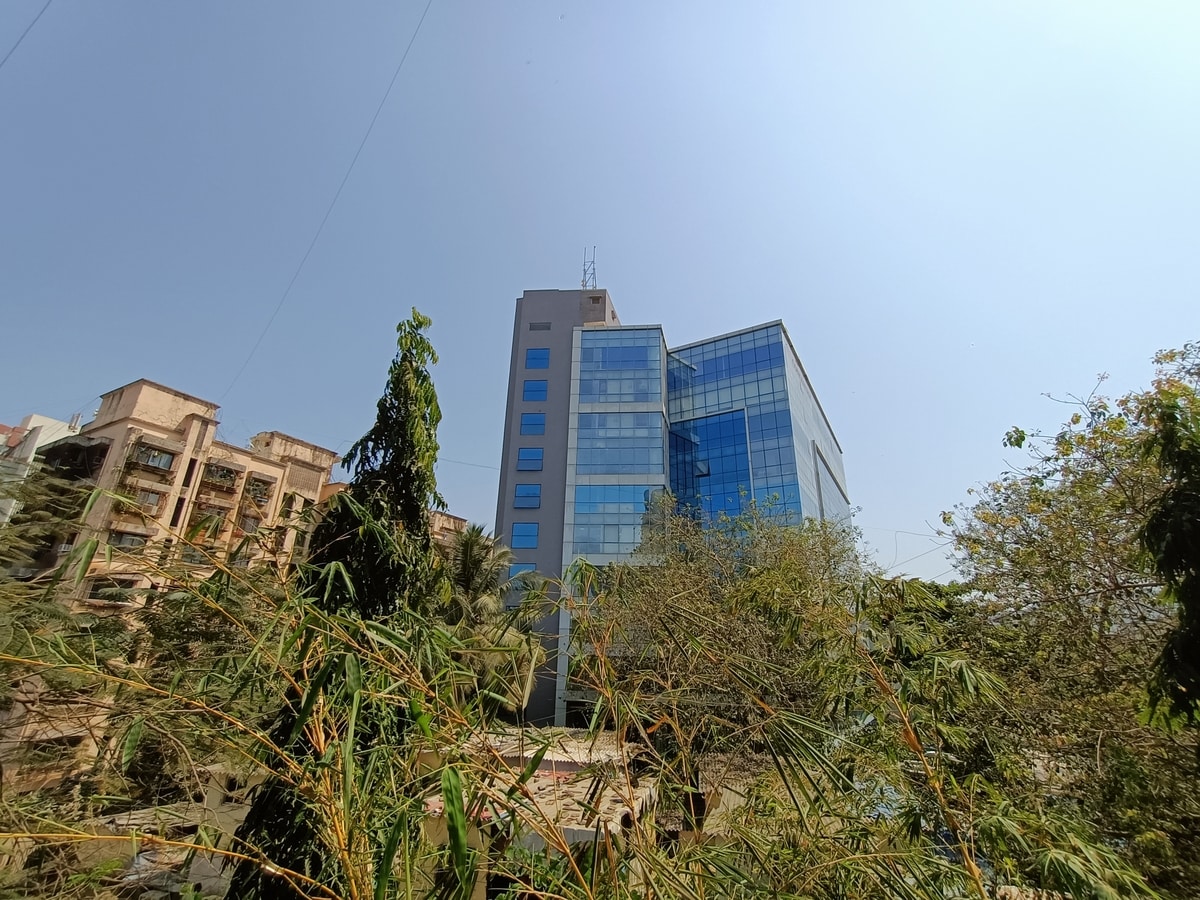 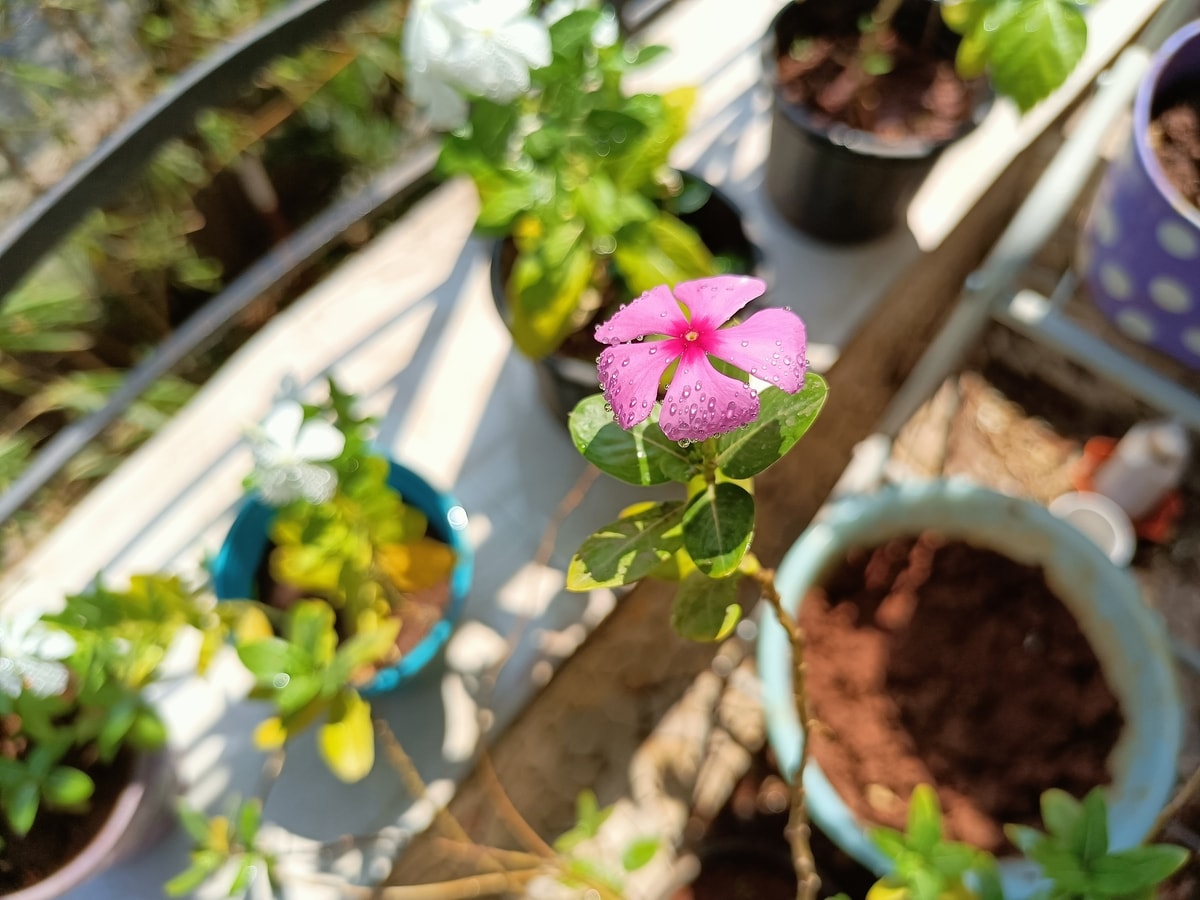 During the day, the main camera captures good details and colours in landscape shots. The AI scene enhancer has the tendency to boost colours when it detects the sky or foliage so if you want natural colour tones, then leave it off. Close-ups have excellent details too with a smooth bokeh effect for the background. You only get a 10x digital zoom for stills but instead of doing this, cropping your subject from a native 48-megapixel photo generally yields slightly better results.

All the staple shooting modes that we’ve seen on past Realme phones are present, such as Portrait, Expert, Slo-mo, Pano, etc. The macro camera is not great so I’d recommend using it only if you absolutely need to. 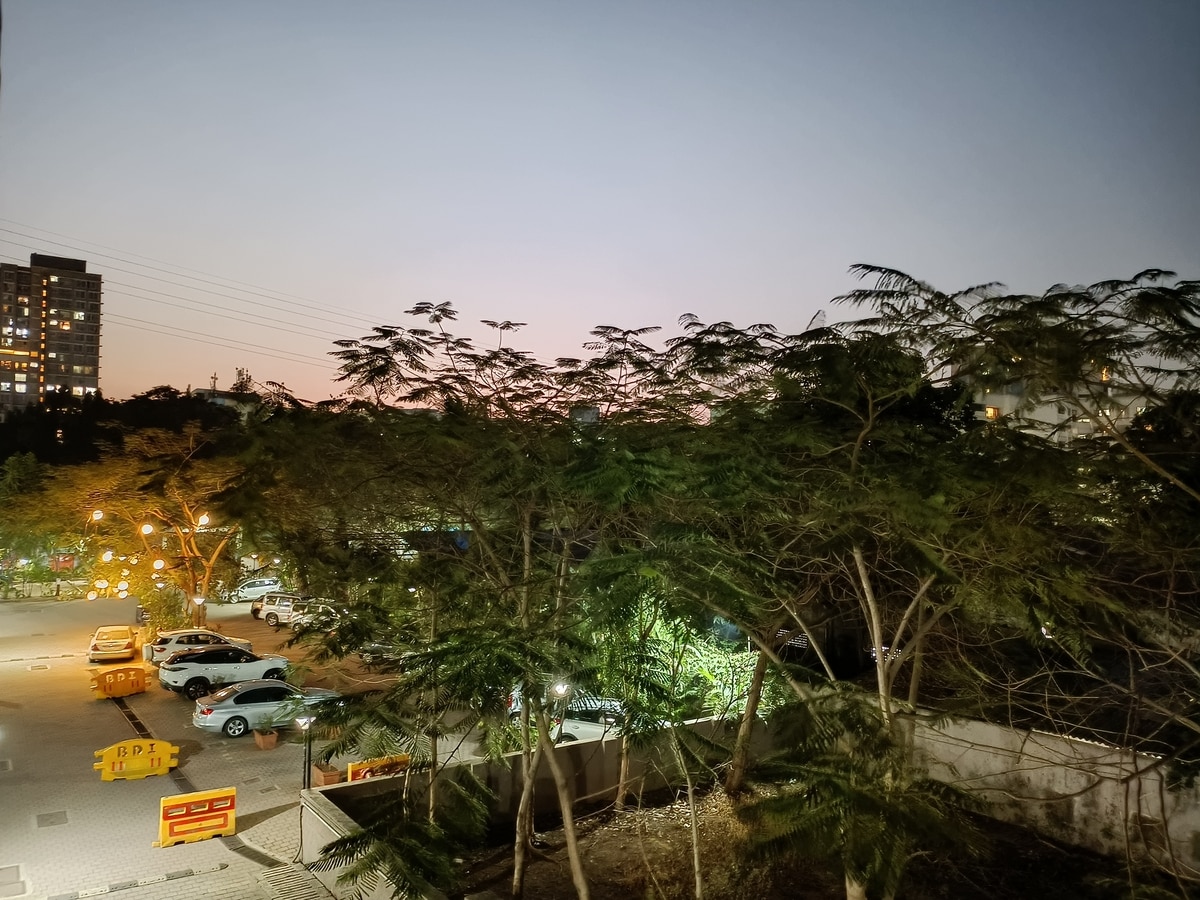 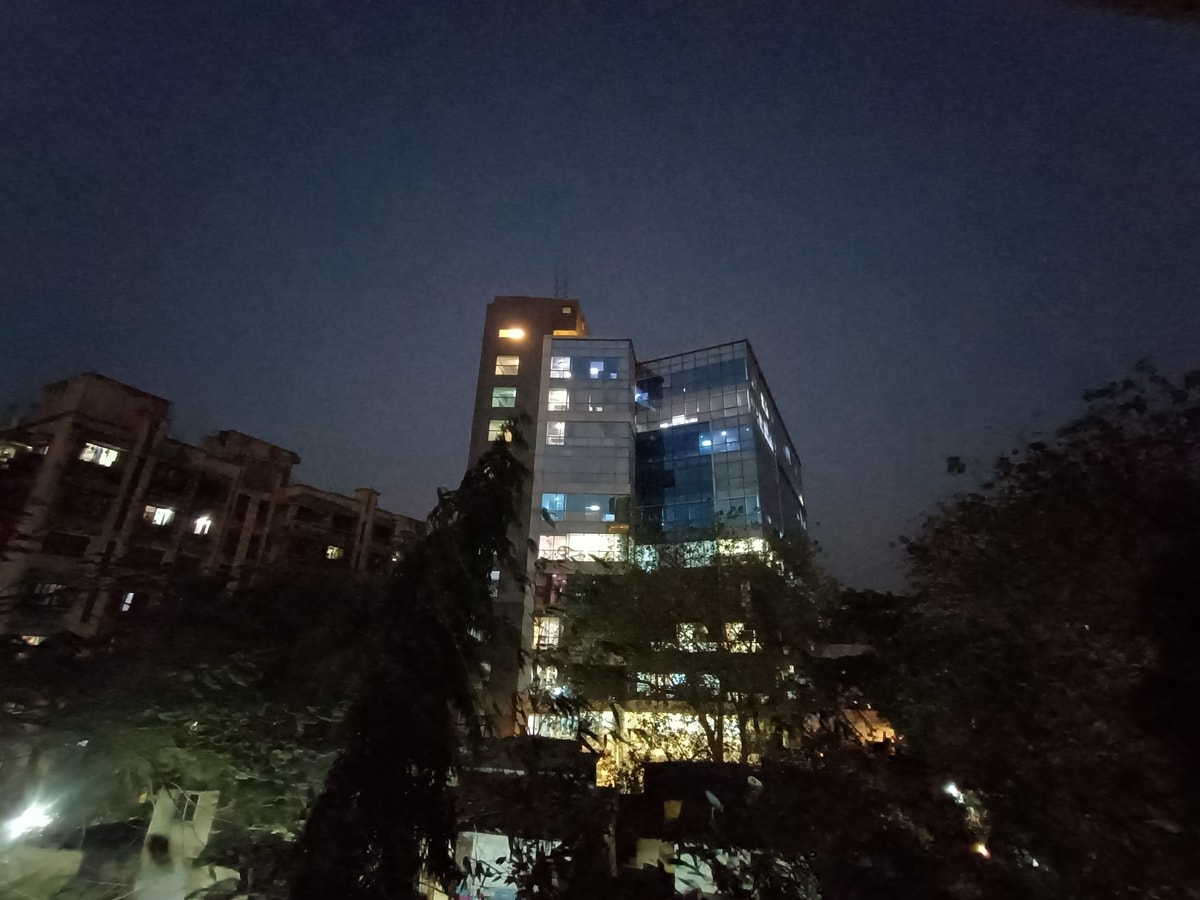 I found low-light performance to be a bit lacking, especially for landscape shots. The lack of details is very evident in the photos, even without magnifying the image. Close-ups fare a bit better but provided there’s decent amount of light on your subject. Night mode helps in improving the exposure but not so much when it comes to details. 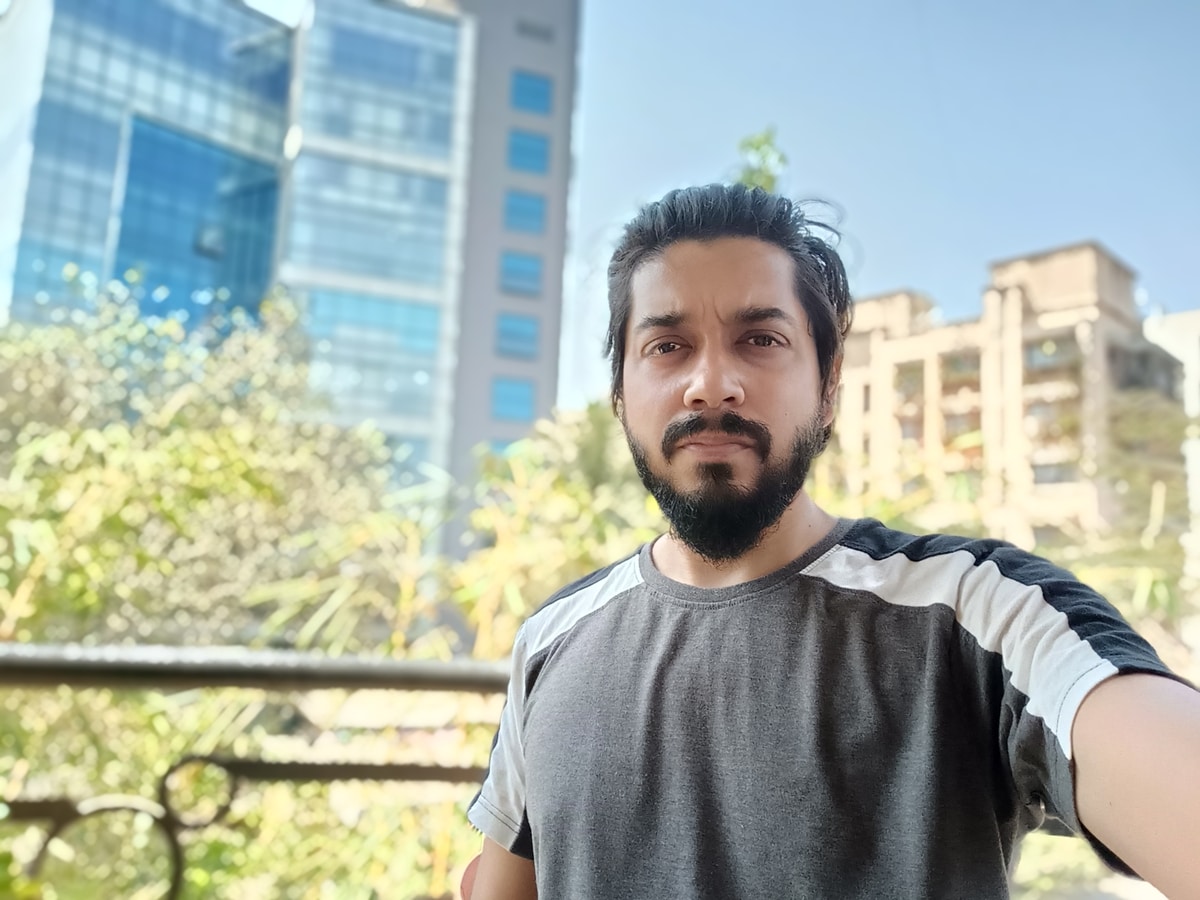 The selfie camera is not bad if you’re shooting outdoors on a bright, clear day. Details and exposure are handled well and the default skin smoothening isn’t too aggressive. Skin tones are a bit of a mess if you’re shooting in low light and using the screen flash. This could have been better.

For video, the autofocus system in the Realme Narzo 30 Pro 5G works very well as long as there’s ample light around your subject. Video quality is decent during the day although not great. Stabilisation works at 4K and 1080p 30fps but there is some visible jitter in the footage. Sadly, you don’t get any stabilisation with the ultra-wide camera. Low-light video quality is quite poor unfortunately. Footage is generally grainy and details are below average.

The Realme Narzo 30 Pro 5G is a fairly competent all-rounder from the company and a modest upgrade overall compared to the Narzo 20 Pro. The weak low-light camera performance is probably its biggest negative point, among other minor niggles, but it does have quite a few redeeming features. The 120Hz display, 5G support, good performance, and strong battery life are some of the main reasons you should consider the base variant at Rs. 16,999, which offers very good value.

The top-end variant offers comparatively lesser value since it competes with many other, good 5G smartphones in the Rs. 20,000 segment. Realme’s own X7 starts at the same price as the top-end Narzo 30 Pro 5G and offers the same MediaTek 5G SoC. While the Realme X7 (Review) lacks a high refresh rate display and a similar capacity battery, it makes up for it with an AMOLED screen with in-display fingerprint sensor, 50W fast charging, and a slimmer and lighter design. You also have the Xiaomi Mi 10i (Review), which offers even better features compared to the Narzo 30 Pro 5G for a bit more money.

The bottom line is, if you’re considering the Realme Narzo 30 Pro 5G, I’d recommend sticking to the base variant.

Is Samsung Galaxy F62 the best phone under Rs. 25,000? We discussed this on Orbital, our weekly technology podcast, which you can subscribe to via Apple Podcasts, Google Podcasts, or RSS, download the episode, or just hit the play button below.