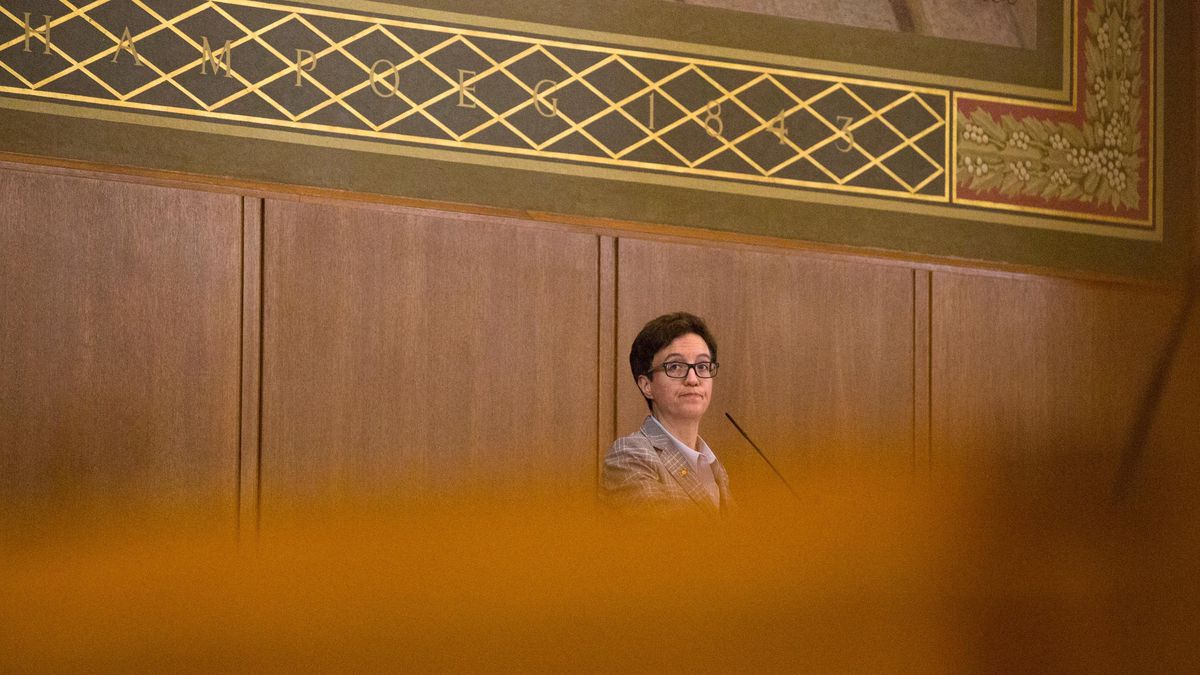 Oregon House Democrats are preparing to ramp up the intensity of an already punishing schedule, pausing many legislative committee hearings in coming days in order to pass bills as Republican lawmakers use delay tactics.

According to the most recent published schedules, the House will meet for much of the day on Thursday, Friday and Saturday. Few House committees are scheduled in that time frame, though committee schedules were already expected to slacken a bit following the Legislature’s first major bill deadline Tuesday.

House Speaker Tina Kotek’s office Wednesday was working to arrive at a schedule in coming weeks that would allow committees on budget and rules to continue necessary work, while leaving remaining time for floor sessions.

“We have to get the House bills to the Senate side or we kill them,” Smith Warner said.

Kotek’s chief of staff, Lindsey O’Brien, said that some other House policy committees could meet next week for “informational meetings,” but suggested the focus would be on clearing a growing backlog of bills.

The move comes as Republicans in the chambers have employed an ever-growing list of tactics to delay passage of bills. For weeks, the party has declined to waive constitutional rules that require bills be read in full prior to a vote, a move that has led Democrats to read bills by computer for the first time. More recently, Republicans have been using their prerogative to speak at length to bills, which further delays the chamber.

The ongoing standoff has led to a major backlog in bills waiting to pass the House, many of which would have passed with speed and little fanfare in a more congenial year. Kotek has taken to scheduling floor sessions on nights and weekends to help move legislation, but even those long hours can only accomplish so much. On Tuesday, the chamber passed just five bills in four hours, all of them with broad bipartisan support.

Republicans have not floated a definitive list of bills they object to as a reason for blocking up the process, and many Democrats privately question their strategy. House Republican Leader Christine Drazan of Canby has said her members aren’t given “authentic engagement” in the legislative process and that Republicans “are not here to facilitate the ease of the passage of someone else’s agenda that harms my community and my state long-term.”

Drazan has also called for restraining the scope of the legislative session because the Capitol is closed to the general public. Among bills the Republican leader has definitively objected to are a proposal that would tax loans given under the federal Paycheck Protection Program, a push to modify portions of the state’s mandatory minimum sentencing laws for violent crimes, and a now-dead bill to offer more leeway for people convicted of some drug crimes to be employed in schools.

A spokesman for Drazan called them “only a sample, not a comprehensive list.”

The notion of holding even longer floor sessions comes as members of the House are already leery about meeting for extended periods of time. Action in the chamber was suspended last month after two people became ill with COVID-19. Though House rules allow many members to watch most proceedings from their offices, they still must show up to the chamber to vote, and some legislators choose to remain on the floor throughout.

On Tuesday evening, the entire House was forced to enter the chamber at once, when Republicans demanded a “call of the House” requiring attendance. The purpose of the call, Republicans said, was to challenge Kotek’s decision to increase the speed at which a computer program is reading lengthy bills.

Kotek defended the move, saying the slightly sped up reading is “still understandable and audible, and to the degree that anybody’s paying attention, I think it’s appropriate.”

Democrats shot down the Republican challenge and the computer kept reading. But on Wednesday, Kotek acknowledged she’d misstepped by not giving warning she’d be increasing the speed of reading.

“I apologize for surprising people by changing the speed of the computer,” she said from the House dais.