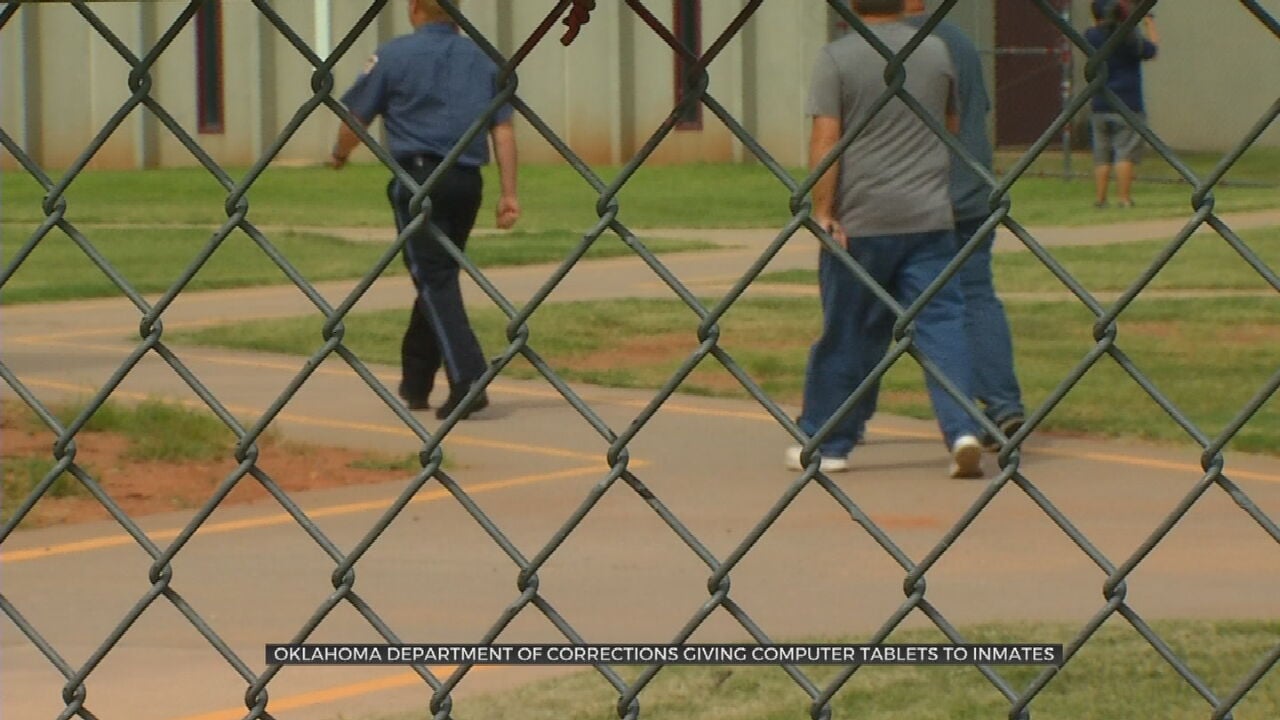 Inmates at Oklahoma prisons are being given special computer tablets for free as a part of the Oklahoma Department of Correction’s new plan to broaden the horizons for those who are incarcerated.

The first round of tablets has already been given out to inmates at one state facility with the DOC saying more are coming to the other state facilities very soon. More than 2,200 inmates in the North Fork Correctional Center in Sayre received the tablets that let them communicate more efficiently with family, take educational classes, receive facility announcements and even listen to music.

The tablets do not give access to the internet and each one is monitored 24/7 including all email communication.

The media on the tablets is not a free-for-all for the inmates. Inmates have to pay for each song downloaded, phone call made and email that is sent. These are the same procedures that were already implemented before on the community phones and tablets used in the prisons.

This initiative was made possible through a partnership with Securus Technologies after it won the bid for the project.

The Oklahoma DOC said it is huge for helping the inmates become adjusted to today’s updated technology before being released because otherwise many of them would not know how to use tablets and phones when they are released, which could make daily life difficult in the digital age.

Department of Corrections Chief of Technical Operations Mike Carpenter said this is a big step in the right direction.

Carpenter said it is difficult to keep inmates up to date when all technology is improving and changing so rapidly, but said this is at least the start of helping them learn.

According to Carpenter, they are hoping to have tablets in all 23 facilities across the state and into every inmate’s hands by September 30. Carpenter said that date is an ambitious goal due to tablet and technology services happening worldwide, but he hopes to stay on their original rollout timeline.