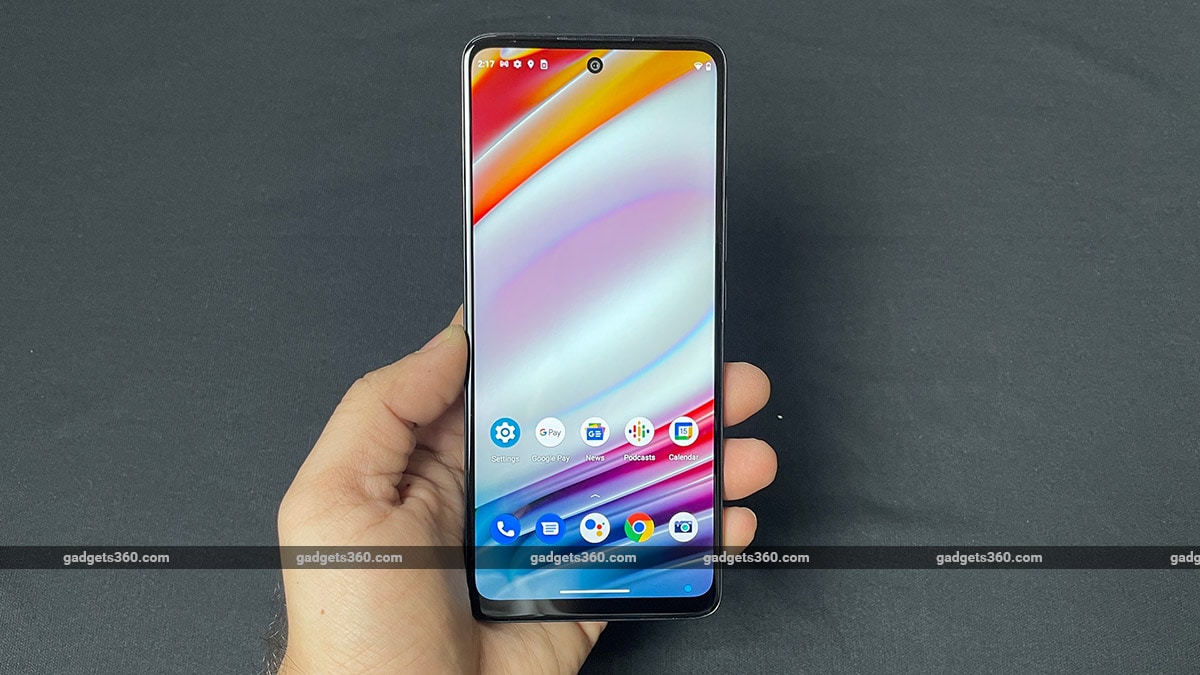 Motorola launched the Moto G10 Power and the Moto G30 earlier this year to cater to the sub-Rs. 12,000 segment. The company is looking to launch even more models in its popular G series, and the latest entrants are the Moto G40 Fusion and Moto G60. Motorola has chosen some interesting hardware for the Moto G60 which is the more expensive of the two, including a triple camera system with a 108-megapixel primary camera. So is the Moto G60 the phone to seek in the sub Rs. 20,000 segment? I spent some time with it and here are my first impressions.

Motorola has launched only a single configuration of the Moto G60 in India. It has 6GB of RAM and 128GB of storage and is priced at Rs. 17,999. There is also an instant cashback offer of Rs. 1,500 for ICICI Bank card holders. Motorola offers the Moto G60 in two colours, Dynamic Gray and Frosted Champagne.

The Motorola Moto G60 is a big smartphone and has a massive 6.8-inch display. It has a full-HD+ resolution, a 120Hz refresh rate, and support for HDR10. Motorola has tried to keep the bezel size down and it’s only the chin that is slightly thick. There’s a big hole right in the top-centre for the selfie camera.

The frame and body of the Moto G60 are made out of plastic. The phone is bulky, measuring 9.8mm in thickness and tipping the scales at 225g. All the buttons are on the right, which makes it look a tad cluttered. The left side only has the SIM tray. The power button is well positioned and has a textured finish which makes it easy to distinguish from the volume buttons. Motorola has placed the volume buttons above it, and these are fairly easy to reach. There’s also a dedicated Google Assistant key which is slightly curved to help tell it apart from the others. I found the position of this button to be slightly too high, and I needed to stretch my fingers to reach it.

Motorola offers the Moto G60 in two colours, Dynamic Gray and Frosted Champagne. I had the Gray version with me. It has a glossy mirror-like finish at the back and picks up fingerprints quite easily. I had to keep wiping the back, but you also get a transparent case in the box which you can use to overcome this issue. The Champagne version has a matte finish which should do better at keeping smudges off. Speaking of fingerprints, the G60 has a scanner at the back which has a matte finish to it. I found this to be well-positioned, and my finger rested on it naturally while holding the Moto G60. 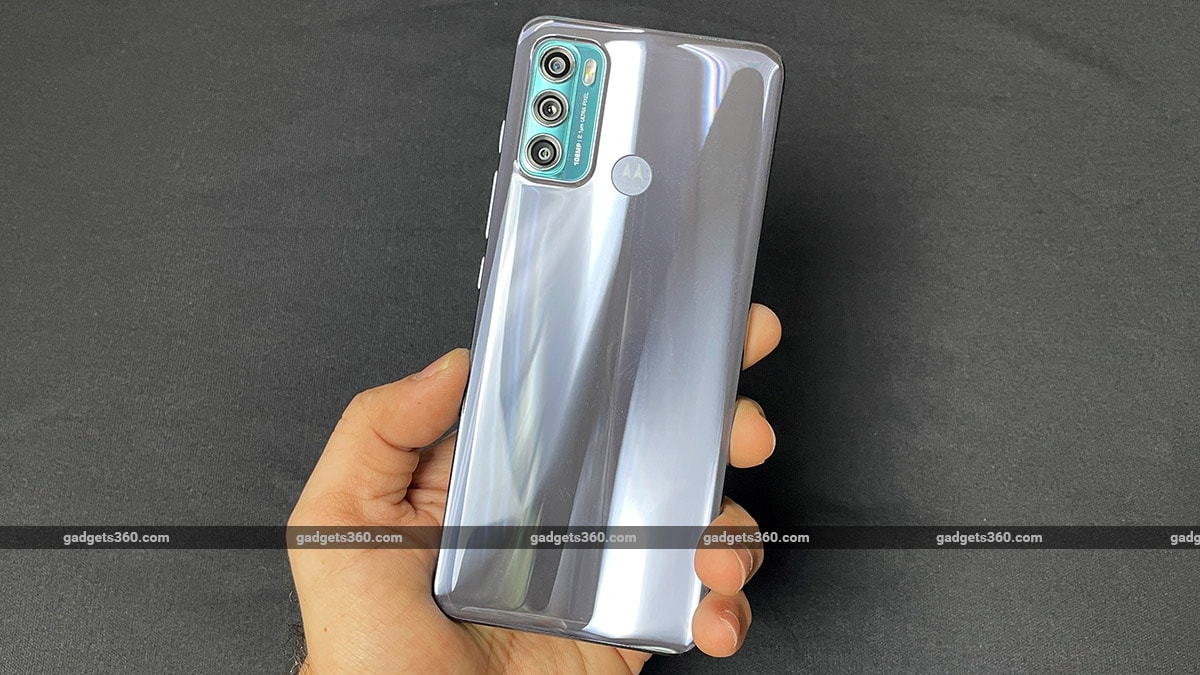 Motorola has gone with a turquoise-coloured camera module that pops against the gray of the back panel. The camera module houses three sensors and has a two-step design with the sensors sticking out further. Motorola has opted for a 108-megapixel primary camera, which is not very common at this price point. This camera captures photos at 12-megapixels by default, but you do have the option to shoot at full resolution. The other sensors are an 8-megapixel ultra-wide angle camera and a depth sensor. Motorola calls this a “quad-function” camera setup since the ultra-wide-angle camera is also capable of shooting macro photos.

The Moto G60 is powered by the Qualcomm Snapdragon 732G processor. You do have the option to expand storage using the hybrid dual-SIM tray which can take either a microSD card or a second Nano-SIM. The Moto G60 packs in a 6,000mAh battery which should be able to deliver good battery life. Moto has bundled a 20W charger in the box, and the phone supports Quick Charge 4.0. 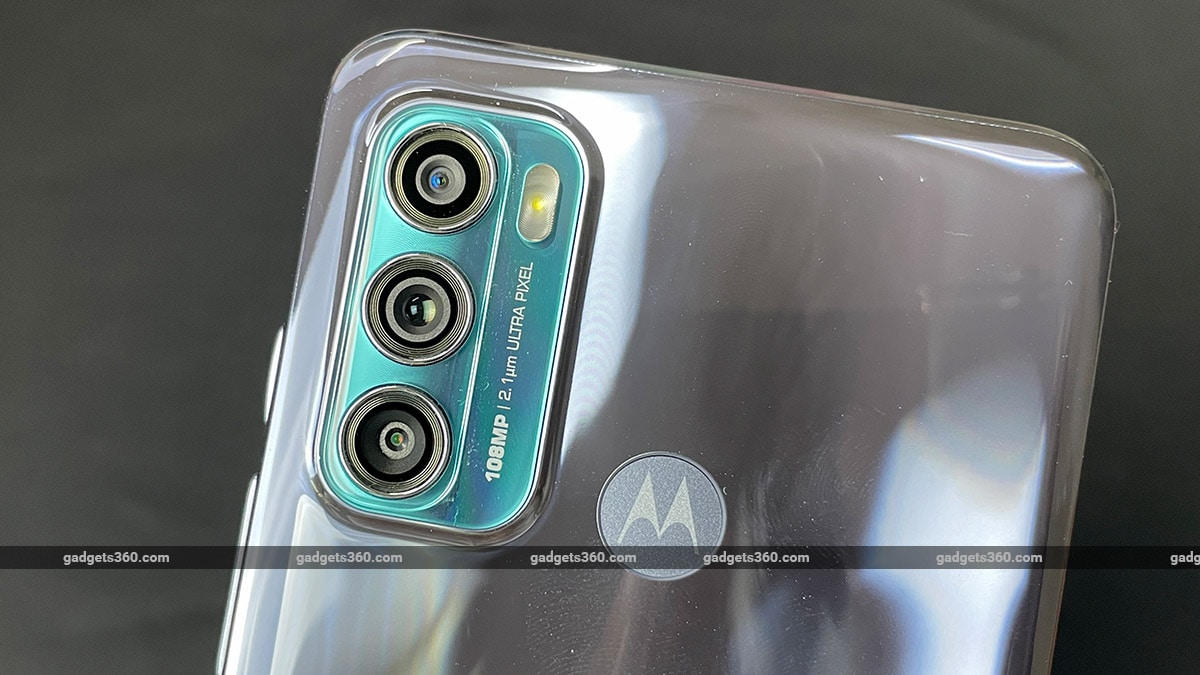 The triple-camera setup on the Moto G60

The Motorola Moto G60 runs Android 11 with My UX on top. The UI is very simple and easy to use. Facebook and some Google apps are preinstalled. Facebook can be uninstalled right away if you don’t intend to use it. Motorola has also integrated its ThinkShield security layer on the Moto G60, and I’ll discuss this in my full review. Moto Actions, which let you perform certain actions using physical gestures, are also available on this device.

I will be testing the Moto G60 to see how good the camera performance really is, and if you should buy this phone for its performance. If the Moto G60 seems interesting to you then stay tuned to Gadgets 360 for the full review coming soon.