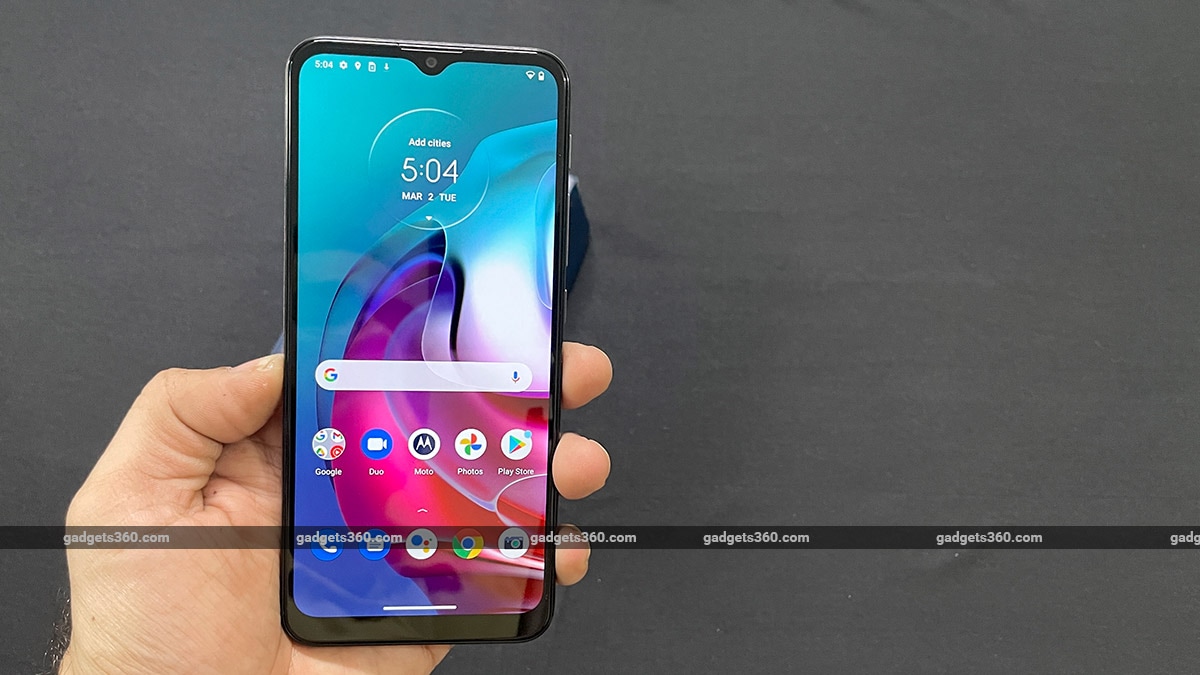 The Moto G series has been very popular in India. In fact, it was the G series that helped Motorola make its mark in the Indian market when the price wars started. Things have changed a little though since Motorola has done away with numbering its smartphones in the usual ascending order. Now, the new G series has two new models, the Moto G10 Power and Moto G30. So has Motorola retained its charm? I got my hands on the Moto G30 and here are my first impressions.

The Moto G30 is positioned higher than the Moto G10 Power and is priced at Rs 10,999 in India. This smartphone is well designed and looks like it can withstand daily use quite well. It sports a 6.5-inch display with a 20:9 aspect ratio and a dewdrop notch at the top. The aspect ratio makes the phone tall and narrow. Holding it in one hand isn’t much of an issue but I found it difficult to reach the top of the display. You get an HD+ resolution which is acceptable, but it also has a 90Hz refresh rate. The dewdrop notch feels like a step in the wrong direction since the Moto G9 Power had a hole-punch display. You get thin bezels on the Moto G30 but the bottom chin is relatively thick. A thin earpiece sits between the frame and the 13-megapixel selfie camera.

Motorola offers the G30 in two colours, Dark Pearl and Pastel Sky. I had the former with me for review. The Dark Pearl version has a gradient pattern and is a deep purple at the centre, transitioning to a lighter shade at the sides. The pattern also shifts when you tilt the phone under light. The back of the Moto G30 has a glossy finish causing it to pick up fingerprints and smudges very easily. Motorola has included a case in the box which you can use to tackle this problem.

The Moto G30 tips the scales at 200g and its bulk is noticeable while holding it. Motorola has managed to distribute the weight well, so it doesn’t feel like it’ll tumble out of your hands. The Moto G30 packs in a 5,000mAh battery and comes with a 20W charger in the box.

The power and volume buttons are on the right side along with a button for Google Assistant. The power button has a textured pattern which makes it easy to distinguish. I found the power and volume buttons to be well-positioned but the Google Assistant button needed a slight stretch to hit. On the other side of the frame is the hybrid dual-SIM tray. The Moto G30 has an IP52 rating for splash resistance and I did notice a rubber seal around the SIM tray. At the top of the frame are a 3.5mm headphone jack and a secondary microphone, while the primary microphone, USB Type-C port, and loudspeaker are at the bottom.

Motorola has gone with a quad-camera setup at the back, next to the rear-mounted fingerprint scanner. The rectangular camera module protrudes slightly and consists of a 64-megapixel primary camera, an 8-megapixel ultra-wide-angle camera, a 2-megapixel macro camera, and a 2-megapixel depth sensor. 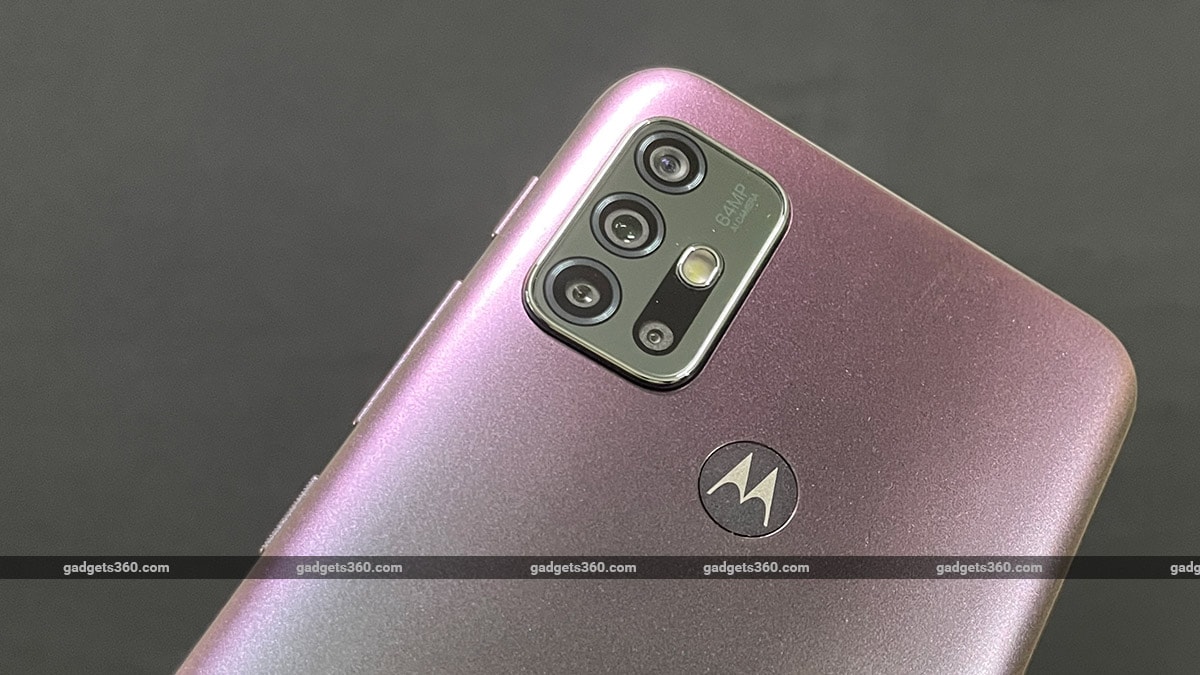 The Moto G30 has a quad camera setup

The Moto G30 uses the Qualcomm Snapdragon 662 SoC and has a single 4GB RAM, 64GB storage variant. It runs Android 11 out of the box which isn’t very common yet on smartphones at this price point. It had the January Android security patch at unboxing time, which is acceptable. Motorola has also added a layer of security called ThinkShield. Other than Facebook (which can be uninstalled), my Moto G30 unit had no bloatware preinstalled. Moto Actions let you interact with the smartphone using gestures. Connectivity options include Bluetooth 5, dual-band Wi-Fi, and NFC.

The Moto G30 looks like a promising all-rounder, as it offers a good balance of features for the price. How will that translate into real-world usage? If you are just as curious as I am, do stay tuned to Gadgets 360 for the full review, coming up soon.