Skip to content
Home » Looking To The Future: Redefining Work 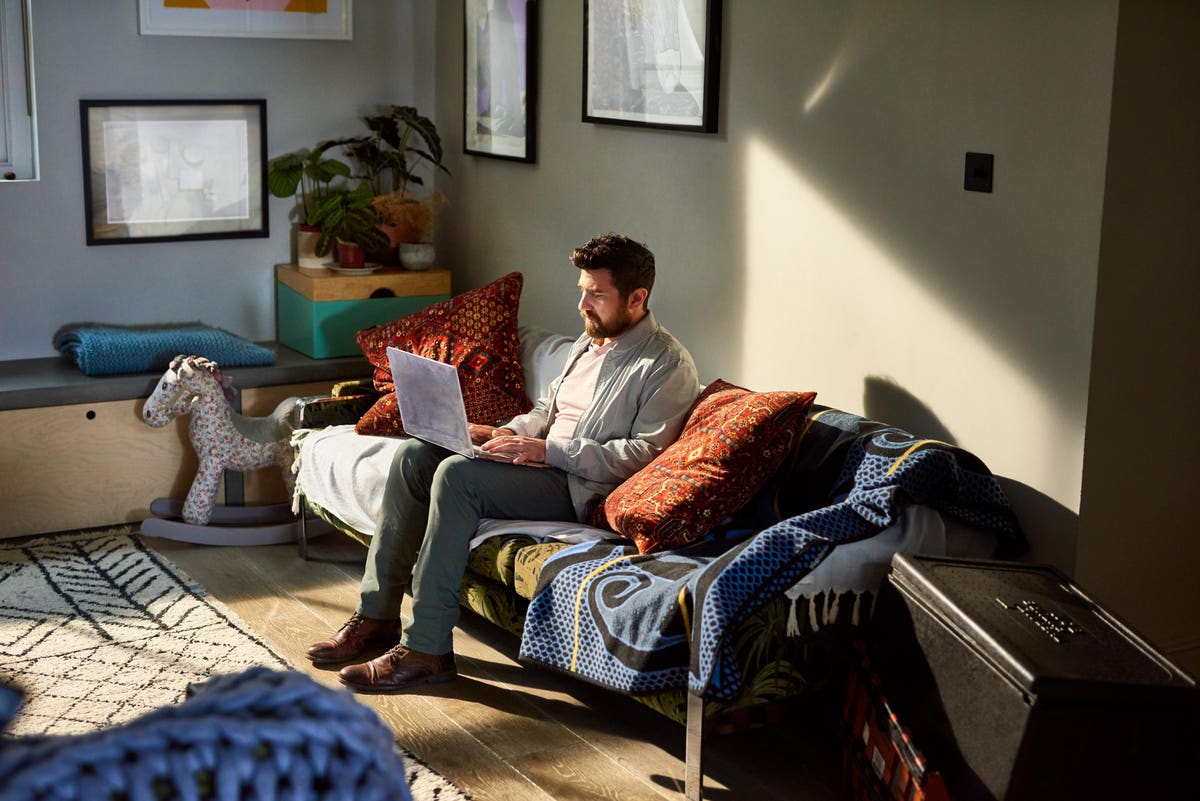 Back in the before time — that is, before March of 2020 — many of us spent most of our days in an office — and dreaded it. But that was the norm: morning coffee and commute, parking and walking into the office and preparing ourselves for another dreary day under fluorescent lights. And it didn’t matter if we weren’t productive; it was more about being there and appearing busy.

More than 10 years ago, a beer commercial captured the essence of how to look busy. Staged as a scientific lab, the humorous spot described its new invention, the fake steaming cup of coffee. This innovation allowed a bored employee to sneak out of the office to catch a baseball game or go to the bar, while co-workers and, most importantly, the boss remained impressed by the employee’s so-called dedication. Even though the employee was not at his desk, his steaming mug of coffee was, and that was enough to convince everyone he was there.

As with most humor and parody, there is a kernel of truth in this commercial. It focuses on the inaccurate definition of work as being equal to face time: If you’re in the office, you are working, but if you’re elsewhere, you can’t possibly be.

This concept has always been a fallacy, and there are myriad examples of how people have found ways to not work at the workplace. There’s even an entire subgenre of articles on how to look busy at work. And the reverse of this was also true — if you weren’t at the office, you couldn’t possibly be working. In fact, there were even pointers on how to do that effectively.

To be fair, for much of the last century, office work centered around desks, telephones and computers. It was essential for employees to come to a central location, and it was equally inconvenient and counterproductive for them to try to do the same work at home. The technology just wasn’t able to balance these two scenarios out.

But here we are, emerging from a year in which almost everyone was sent home and companies had to review every aspect of their operations in light of a pandemic. It was a turning point.

Prior to 2020, we were already well on the way to establishing virtual workspaces with improvements in meeting and collaboration technology that allowed people to work from anywhere and connect with clarity.

But what has been slower to evolve is the definition of work. As employees struggled to do their work from their home office, kitchen or bedroom, many were forced to contend with the needs of children, pets and other family who had no concept of the traditional 9-to-5workday. This did not sit well with some managers, who believe that work cannot be done in pockets of time but must fit the contiguous 9-to-5framework.

But the 9-to-5model never worked. Physiologically, it is not possible for any human to deliver eight hours of consistent, high-quality output per day. Even those who try will succumb to the natural rhythms of the body, which delivers peaks and troughs of energy. According to Inc, “Research suggests that in an eight-hour day, the average worker is only productive for two hours and 53 minutes.” The rest is filler, disguised as overly long meetings, excessive emails and checking social media.

To redefine work, we should first look back to the scientific studies done by Toyota in the development of continuous improvement (kaizen), just-in-time manufacturing and lean manufacturing, all of which focused on the smoothing of the workflow through the identification and elimination of muda (wasteful habits), muri (unreasonable work placed on people and operations) and mura (unevenness and irregularity).

These concepts can be applied to knowledge work delivered in the modern office.

We’ve had a transitional year that proves that work can be done in locations other than the office. We are still able to meet, communicate and collaborate. And the opportunities provided by virtual workspaces allow individuals to curate a schedule to deliver their best work while addressing muda, muri and mura.

This last year also offers itself as an opportunity to reset; an opportunity to redefine work. Managers and staff can look at the nature of work as blocks of focused time that may occur at different times of the day — and in which the outcome is valued more than any number of contiguous hours elapsed.

Such a change demands heightened amounts of trust, genuinely felt and copiously demonstrated, with managers empowering employees to deliver. That, too, is possible in a dynamic and virtualized workspace.

One final point: Part of the aforementioned commercial’s humor came from the fact that the “steaming coffee mug” was being marketed to employees who really did not want to be at the office. The work held no appeal. The mug was their tool for escape.

This bodes the question as to why a job should represent 40 hours a week of boredom, when engagement and empowerment generate far superior output.

A new definition of work can be one that embraces the human elements of passion, respect and autonomy — and these become the new raw materials for quality deliverables, even if the hours worked by each team member vary to better fit their own lives.

The technology exists to make this happen. It is now up to management to envision work in terms of output rather than process. This is how we redefine work for the future.

Forbes Technology Council is an invitation-only community for world-class CIOs, CTOs and technology executives. Do I qualify?