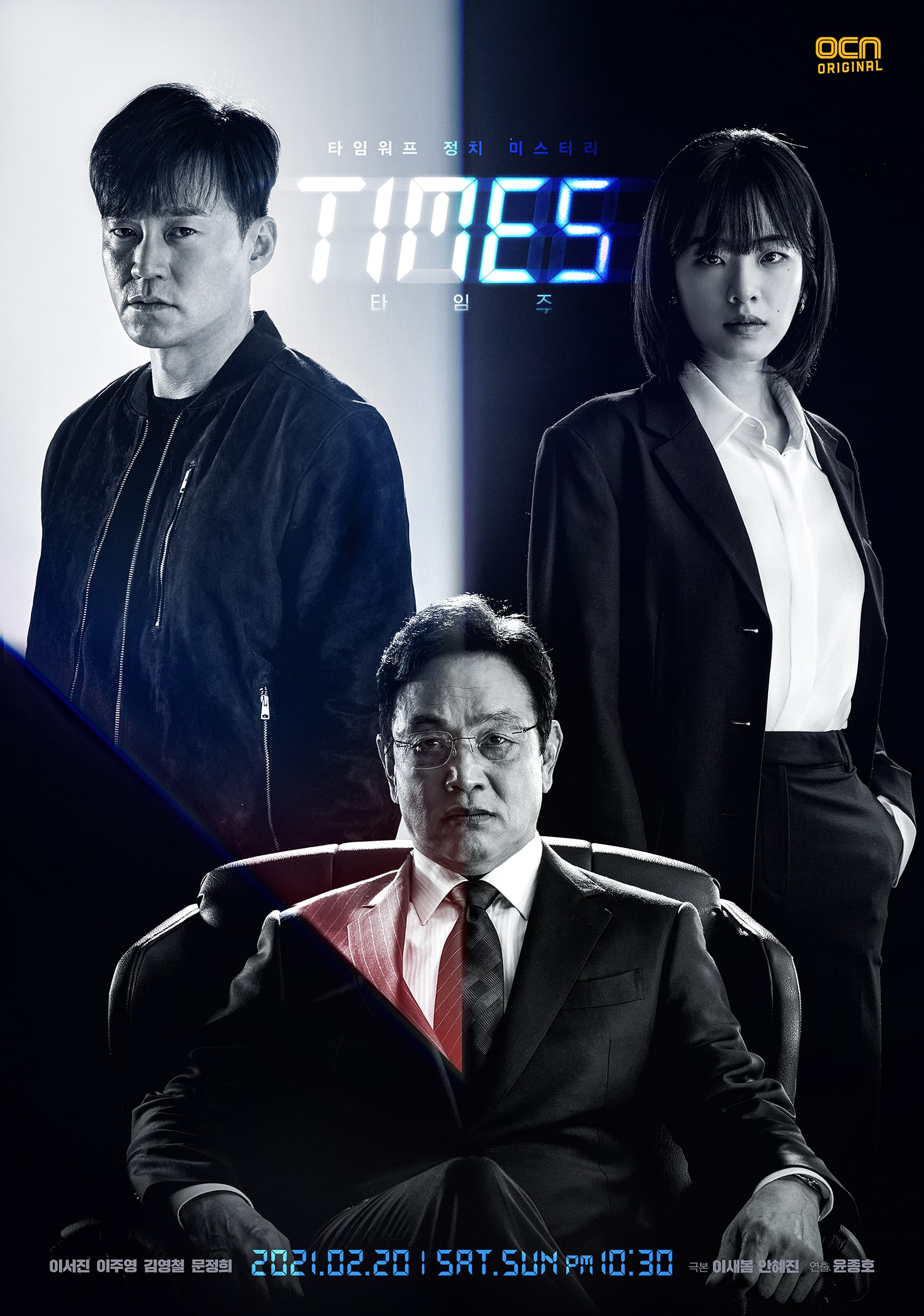 “Times” is a “time-warp” political mystery drama starring Lee Joo Young as Seo Jung In, the daughter of South Korean president Seo Gi Tae (played by Kim Young Chul). After miraculously communicating with journalist Lee Jin Woo (Lee Seo Jin) from five years in the past by phone call, Seo Jung In attempts to prevent the death of her father – but stumbles upon a dangerous truth in the process.

The main poster for the upcoming drama features Seo Jung In, Seo Gi Tae, and Lee Jin Woo in a contrasting black and white image. Lee Jin Woo, who is living in 2015, stands under the white light, while Seo Jung In from 2020 stands in the dark side of the image. Seo Gi Tae sits in between the two sides with a mysterious red light as he travels between life and death in the distorted timeline.

In the previously released teaser videos, Seo Jung In experiences a warp in time when she wakes up to learn that the current president had died in 2015 due to a shooting incident that occurred during the election campaign for the presidential nominee. The mystery of the time warp is reflected directly in the new poster.

Lee Jin Woo, the reporter who sticks to his beliefs and chases after the truth, Seo Jung In, the passionate reporter who faces the truth, and Seo Gi Tae, the authority who shoulders the weight of that truth, are all in their own separate time and space, but the three characters still look towards the same direction. Viewers are curious to find out whether the three people will work together or come against one another in the upcoming drama.

While you wait for “Times,” watch Lee Joo Young in “The Ghost Detective” below: 3 February, 2023
The Evolution Of Advertising: How Know-how Shapes Trendy Campaigns 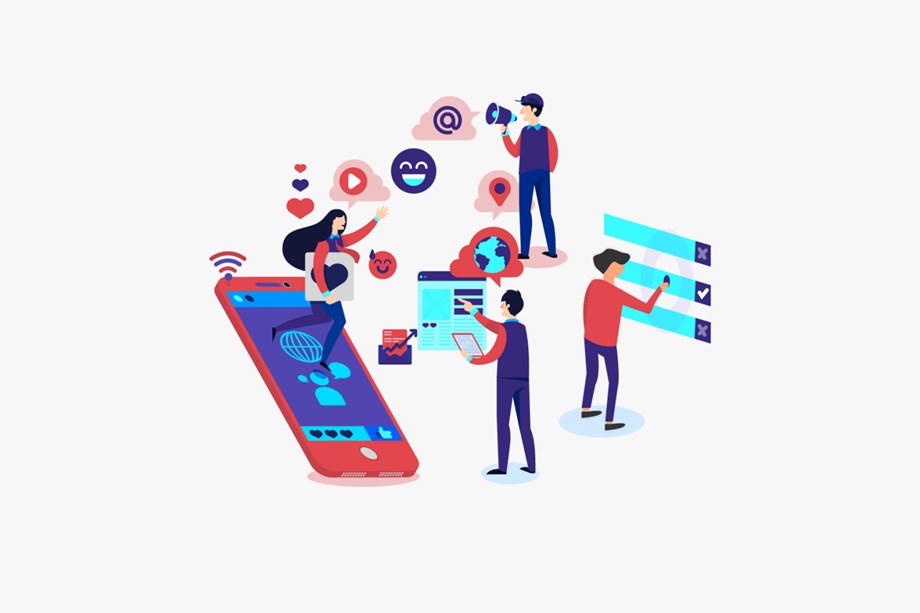