The subject of taxing the internet — and everything that goes on over the internet — has been a hot issue virtually since the “network of networks” morphed from the NSF Net to the internet in the 1990’s. The first phase of these tax debates was purely American, and it […]

The subject of taxing the internet — and everything that goes on over the internet — has been a hot issue virtually since the “network of networks” morphed from the NSF Net to the internet in the 1990’s.

The first phase of these tax debates was purely American, and it took place in the 1990’s when main street bookstores complained that online bookstores like Cadabra (renamed Amazon) — unlike main street bookstores — were selling books over the internet without collecting or paying sales taxes. Other main street merchants began to complain loudly as e-commerce rapidly expanded from books to all sorts of goods.

This early phase of the internet tax debates paralleled the decades-long debate over sales taxes collected or paid by mail-order merchants, and it hit the same brick wall: The Supreme Court’s 1992 ruling that State and local governments could not tax out-of-state merchants that had no physical presence (sometimes called “nexus” or “permanent establishment”) inside of that locale, which itself was based on centuries-old presumptions that governments cannot impose taxes on people physically located entirely outside of their borders.  Separately, in response to State governments’ efforts to impose taxes on internet access and/or on out-of-state internet merchants, in 1998 Congress passed (and later made permanent) the Internet Tax Freedom Act, the first internet tax legislation. The ITFA outlawed State or local taxes on either internet access or narrowly on just internet merchants.

The end of this debate over internet tax policy came in 2018, when the Supreme Court reversed its position that internet merchants must have a physical presence inside a locality in order for that locality to impose taxes or tax collection duties on that merchant. The Court held that in 26 years, the world had changed a lot and if an internet merchant was large, it could have taxes or tax collection responsibilities imposed on it by a State government, even if that internet merchant had no physical presence in the taxing State. This reversal has had consequences.

Since the 1990’s, as the home of both the internet and of many of the largest internet businesses, the U.S. approach to internet tax policy has set the pace for governments everywhere. Many foreign governments had been looking for ways to tax American internet giants, but ran into the American brick wall “if they have no physical presence, then you have no taxing authority.” Until 2018. If the United States no longer held that a physical presence was necessary in order for a (State) government to impose taxes on a large, outside internet business, then why should any non-American government not have the right to tax large, American internet businesses that were operating entirely from outside of their own country?

Given the enormous array of taxes that governments might impose, this obviously gets quite complex since income, sales, value-added, gross receipts, digital goods and many other taxes are quite different and raise quite different questions; nonetheless, once one accepts the proposition that because of the economic significance of the internet ecosystem, a government may impose taxes on a large internet business physically operating entirely outside that government’s borders, the world of tax policy has fundamentally changed.

Even before the United States embraced the position that a physical presence is not necessary to tax a foreign internet business, the leading international organization that negotiates tax treaties, the OECD, had begun an effort to develop a new approach to, and new treaties on, taxing large international internet businesses. The OECD internet tax negotiations began around 2015, have included almost 140 countries and were expected to conclude in 2020. Except that the United States effectively withdrew from them in 2020, based on its claim that the negotiations were taking on an anti-American tone, with tax approaches aimed essentially against large, American internet businesses.

Few countries had simply waited for those international internet tax negotiations to conclude, however. Dozens of governments, from Switzerland in 2010 to Algeria in 2021, simply re-interpreted their existing sales or VAT taxes to apply to any internet seller anywhere to customers within their territory. Others, such as Australia and the EU, took a more thorough approach in 2015 and redefined VAT and some other taxes as officially applicable to internet sales to local customers by any large internet business regardless of its local presence.

Arguably, France took the lead in dealing with the most important but thorny issue of income taxes on large, non-French, internet businesses. Income tax is especially difficult because of its linkage to such really complex issues as businesses locating in “tax-haven” countries and/or using accounting practices to reduce reported “profits.” In 2019, the French parliament approved a 3 percent tax on revenues derived from France by any large, internet business — regardless of either their “profits” or their location — called Digital Services Tax (DST). And the French government announced it would impose these taxes in 2020.  Seeing this move as narrowly aimed at American internet businesses, the U.S. threatened to retaliate against France with major tariffs on popular French luxuries, if the French implemented the DST, leading France to both postpone its imposition of its new tax and re-emphasize the international tax negotiations.

In the meantime, over a dozen other countries (most notably, according to the U.S. Trade Representative, India, Italy and Turkey) announced DST’s similar to France’s on large, often American, internet businesses. Most have been waiting to see how the U.S.-French standoff was resolved until recently, when the U.S. “suspended” its threat of retaliation, leaving the issue up in the air.

After the U.S. effectively withdrew from the OECD’s internet tax negotiations, claiming bias against American internet businesses, the negotiations stumbled last October with the hope that they would conclude in 2021 (perhaps under a new U.S. administration.)  Subsequently, France announced that, regardless of the U.S. threat, it would proceed with its new internet taxes. An unknown number of other European and non-European countries seemed prepared to follow the French lead of simply imposing these new DSTs, often on large American internet businesses, even at the risk of — now temporarily-suspended — U.S. retaliation.

While an internet tax and tariff war has been temporarily suspended, nothing has been resolved.

This situation will unfold during the early months of the new administration, and as it does it will fundamentally affect both U.S.-European trade and other relations as well as our relations with many countries now planning to impose new internet taxes. Although the U.S. recently suspended its threat to impose retaliatory tariffs on France and a few other countries, the enormous issue of taxing the revenues or the profits of large, often American, internet businesses remains highly contested and controversial. Its resolution will set a new global standard for internet tax policies for a long time to come and fundamentally affect the internet as we know it today.

Roger Cochetti provides consulting and advisory services in Washington, D.C.  He was a senior executive with Communications Satellite Corporation (COMSAT) from 1981 through 1994. He also directed internet public policy for IBM from 1994 through 2000 and later served as Senior Vice-President & Chief Policy Officer for VeriSign and Group Policy Director for CompTIA. He served on the State Department’s Advisory Committee on International Communications and Information Policy during the Bush and Obama administrations, has testified on internet policy issues numerous times and served on advisory committees to the FTC and various UN agencies. He is the author of the Mobile Satellite Communications Handbook.

Mon Feb 8 , 2021
Lee Seo Jin will soon be appearing in his first drama in two years! OCN’s new Saturday-Sunday drama “Times” stars Lee Seo Jin as journalist Lee Jin Woo, who is living in 2015. This “time-warp” political mystery drama will tell the story of how Lee Jin Woo is miraculously connected by phone to […] 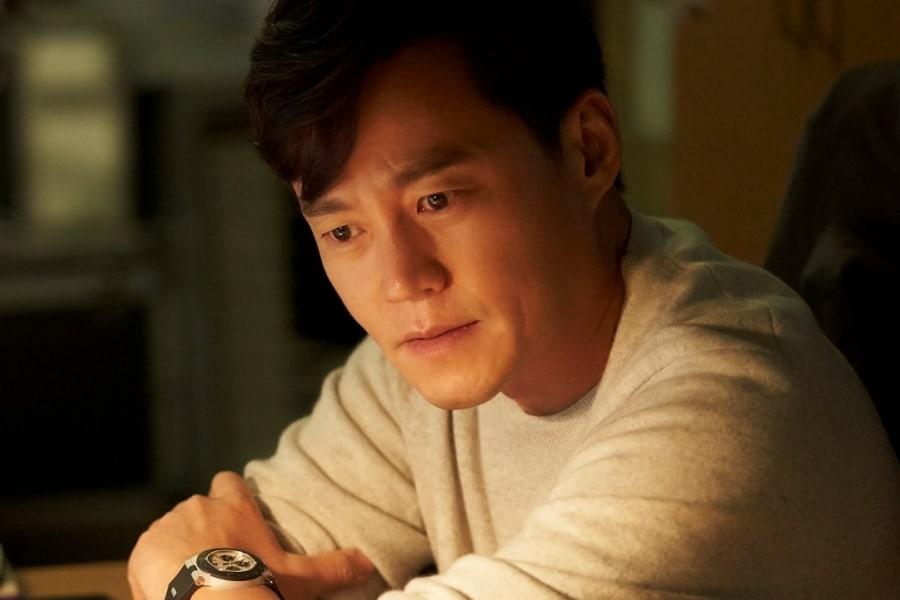