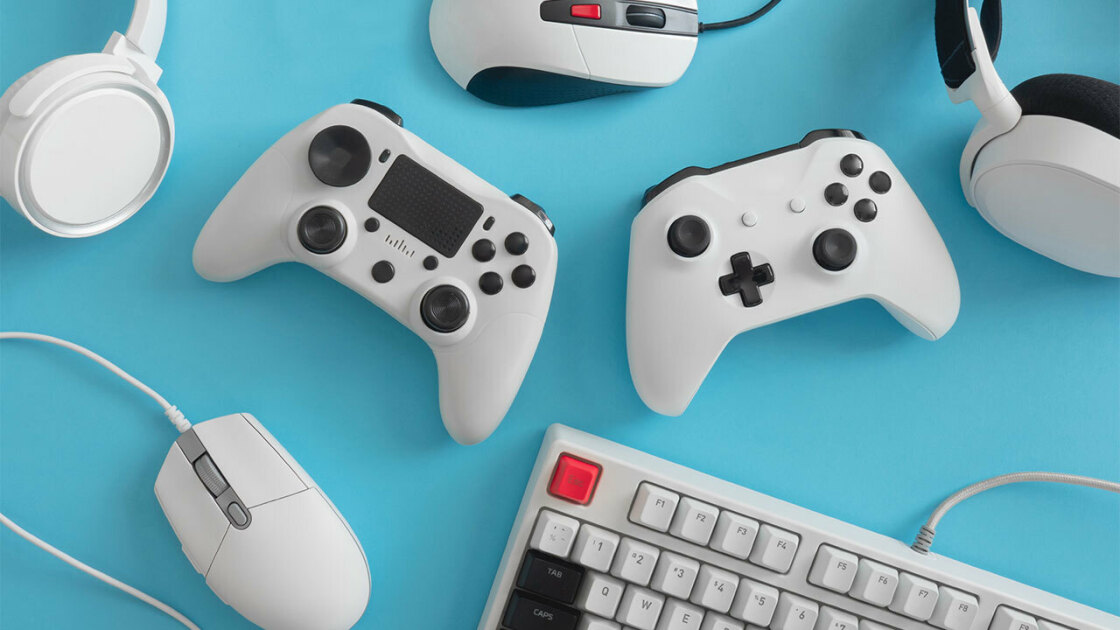 The PlayStation 5 and Xbox Series X may be the new hotness for living room gaming, but if you want the benefits of PC gaming with the comfort of the couch, hooking your rig up to a 4K TV still provides one of the best gaming experiences you can get today. There’s only one problem: reaching for the mouse and keyboard to open a game is a bit of a hassle.

Steam’s built-in Big Picture Mode aims to solve this by creating a couch-friendly interface you can navigate with a gamepad, but that isn’t a one-stop shop anymore. Other launchers (like Epic and Origin) have become more ubiquitous and desktop settings (like HDR) require tweaking.

Thankfully, there are a countless third-party tools that allow you to navigate Windows with nothing but your game controller. Here are the best we’ve found for most people’s needs.

Steam: The Option You Probably Already Have

If you have Steam installed on your gaming PC, you already have desktop controller support built-in. In fact, it may already be active. Steam enables some shortcuts called “Chords”—combinations of buttons on your controller that map to certain functions on your PC.

As a result, your best bet is to add those non-Steam games to your library—as long as Steam detects it and the overlay works properly, it’ll disable the mouse feature. If that doesn’t work—some games don’t always play nicely with this feature—you may want to try one of the below options instead.

If you want something a bit simpler and are okay installing a small extra program, check out Gopher360 for Xbox and other controllers. It’s a bit old and technically abandoned, but it still works well, even with the latest Xbox Series X controller. Just grab the latest version from the Releases page, copy it somewhere safe on your system, and double-click it to start the program.

You can minimize the command window that appears, and you should have full use of your Xbox controller as described on the home page (left stick moves the mouse, the A button sends a mouse click, and so on). You can then press the Start and Back buttons at the same time to disable the mouse feature whenever you launch a game.

You can also adjust the sensitivity and customize the button layout through Gopher360’s config file, stored in the same location as the program itself. Pro tip: add a shortcut to Gopher360 in your startup folder so it launches with your computer. If you experience a problem where the cursor doesn’t appear after waking the computer from sleep, you can fix that with a small registry tweak.

Sony’s DualShock controllers are a bit unique, since they don’t interact with Windows in quite the same way as Xbox controllers. So if you want to use your PlayStation 4 controller as a mouse, you’ll want a separate program called InputMapper. Download the latest release, install it, and launch the program. When you plug in a DualShock controller (or connect it over Bluetooth), you’ll get a prompt to configure the gamepad.

You can create a profile that maps the controller to its Xbox 360 equivalents (so it works in games that don’t support PlayStation controllers), or as a mouse and keyboard (where the DualShock’s touchpad moves the cursor and tapping it clicks the mouse). You can customize the button mappings and plenty of other tweaks from the program’s main window.

If you’re willing to pay a few bucks, a newer program called Controller Companion is probably the most elegant way to get this functionality on your PC. After purchasing the $2.99 program and installing it through Steam, you’ll be able to use the left stick to move your mouse, the A button to click on items, and—if you press in the left stick—you’ll even get a handy virtual keyboard you can use to type quick bits of text.

Best of all, Controller Companion will auto-disable itself when it detects a full-screen app running, which means it should seamlessly switch between mouse emulation and in-game controls automatically. If it doesn’t, though, you can press the Start and Back buttons simultaneously to manually disable it while you play.

Controller Companion has a number of easy-to-tweak options in its Settings window, like adjusting the pointer speed, dead zones, and creating profiles for specific applications. While it doesn’t work out-of-the-box with PlayStation controllers (again, due to the way Windows recognizes them), it comes with a button to set up Xbox Controller Emulator, which should work in conjunction with DualShock gamepads.

You should also be able to use InputMapper as described above, but if you plan on using your controller as a mouse regularly, it’s well worth the couple bucks for Controller Companion.