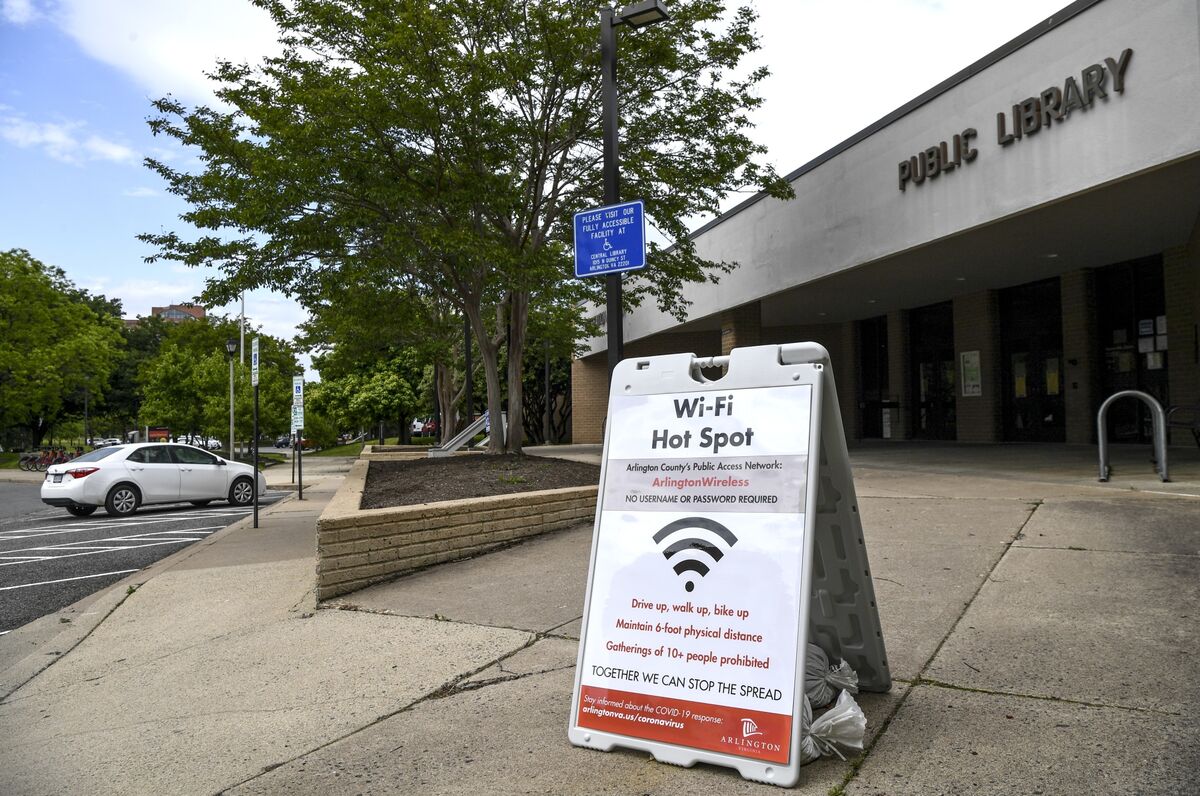 Linda Poon is a writer for CityLab in Washington, D.C., focused on climate change and urban life. She also writes the CityLab Daily newsletter.

During the pandemic, American public libraries found ways to continue providing services to their communities — particularly one that was sorely needed: internet access. They gave people access to WiFi from their parking lots, turned vans into mobile hotspots and gave out portable devices for home use. Their efforts offer a glimpse into the more expansive physical presence many libraries will likely take on after the pandemic, particularly to serve their most vulnerable patrons.

“Libraries are going to recognize that their role is not just within the walls of their buildings, but it is across the landscape of their community and in people’s homes,” says Lisa Guernsey, director of teaching, learning and tech at New America. “The days of having a computer lab are going to be receding. Instead people need to be able to get online from home.”

New research coauthored by Guernsey on how people used libraries during the pandemic points to the gaps that still need to be filled for these institution to serve those who need digital access the most. Black, Hispanic and Asian users surveyed all expressed more trouble accessing online resources, according to a report from the nonprofit New America. These same groups are more likely than white users to depend on libraries as their main source of internet.

That divide is significant because librarians also play an important role in helping residents navigate the web to connect to social services, from signing up for health care coverage to applying for unemployment to — more pertinent now than ever — scheduling vaccine appointments.

“Communities that might not have the skills or the knowhow to navigate the internet are in danger of being left behind [when it comes to] access to services,” said Paolo Balboa, program manager at the National Digital Inclusion Alliance, who was part of a group of experts who provided research for the survey.

That means, going forward, new policies to expand digital access need to focus on better reaching these groups, particularly as libraries think of themselves more as community-wide resources than physical destinations.

“Libraries are going to recognize that their role is not just within the walls of their buildings, but across the landscape of their community.”

To better reach marginalized communities, the researchers call for more collaboration with other groups and institutions. During the pandemic, for example, many libraries coordinated with schools to hand out hotspots to low-income students, prioritizing those who qualify for free meal programs. The partnership helps illustrate why public libraries should partner more with school systems to target underserved students after the pandemic, says Guernsey. “It’s kind of crazy that we have public schools often scrounging for resources, who may not even have the funding for a full library, and then we have public libraries that are also scrounging for resources and worrying about [staff] cuts and hours, and yet something about the system makes it really hard for the librarians in those two institutions to work together,” she said.

“A lot of people are looking to libraries to be that direct connection to the community,” added Balboa, who previously worked as a librarian with the New York Public Library. “So while libraries themselves struggle with the challenge sometimes, other social service organizations or smaller community-based nonprofits are connecting with their local public libraries and saying, ‘Hey we have no connection to this community, can you help us?’”

In December, his nonprofit partnered with Salt Lake City Public Library to roll out a pilot digital literacy program called Digital Navigators.
With CARES Act funding, the library hired six people to provide one-on-one help with technical questions like how to connect to the internet, and with more tailored requests about finding information online. They also help point families to internet affordability programs offered by the city or by internet service providers, which people aren’t always aware of. It was important that three of the “digital navigators” came from social service organizations in communities that were among the hardest hit by the pandemic: low-income families with children, refugees and small business owners.

During a webinar on Monday hosted by New America on the future of libraries, American Library Association executive director Tracie Hall said that outreach efforts should be directed at the heads of low-income households. “[We] need to rethink dramatically, I would say, library outreach, especially connecting information disinvestment with broader community disinvestment. We have not always connected the two.”

At the same time, there is recognition that libraries cannot bridge the digital divide on their own, especially amid budget and staffing limitations. Recommendations laid out in the report call for more federal support through expansion of programs that boost broadband access in households and that helps fund connectivity efforts by schools and libraries. In a recent perspective for Bloomberg CityLab, Brooklyn Public Library’s president and CEO called for the Federal Communications Commission to extend its $50 per month emergency subsidy for low-income households beyond the current state of emergency. Guernsey also called the recent $7.1 billion expansion of the FCC’s E-Rate program in the American Rescue Plan Act a good start. The program, which originally funded connectivity in schools and libraries, will now also enable schools to invest in devices and connectivity programs needed to support remote learning.

Going forward, librarians will continue playing the role of not just information officers, but a bridge between residents, their community and their government. “We are now at time in our social trajectory where education, employment and health care — I think three of our primary quality of life indicators — are all dependent on digital platforms,” Hall said. “This is why, in January, the ALA voted to declare access to broadband a human right.”

Linda Poon is a writer for CityLab in Washington, D.C., focused on climate change and urban life. She also writes the CityLab Daily newsletter.