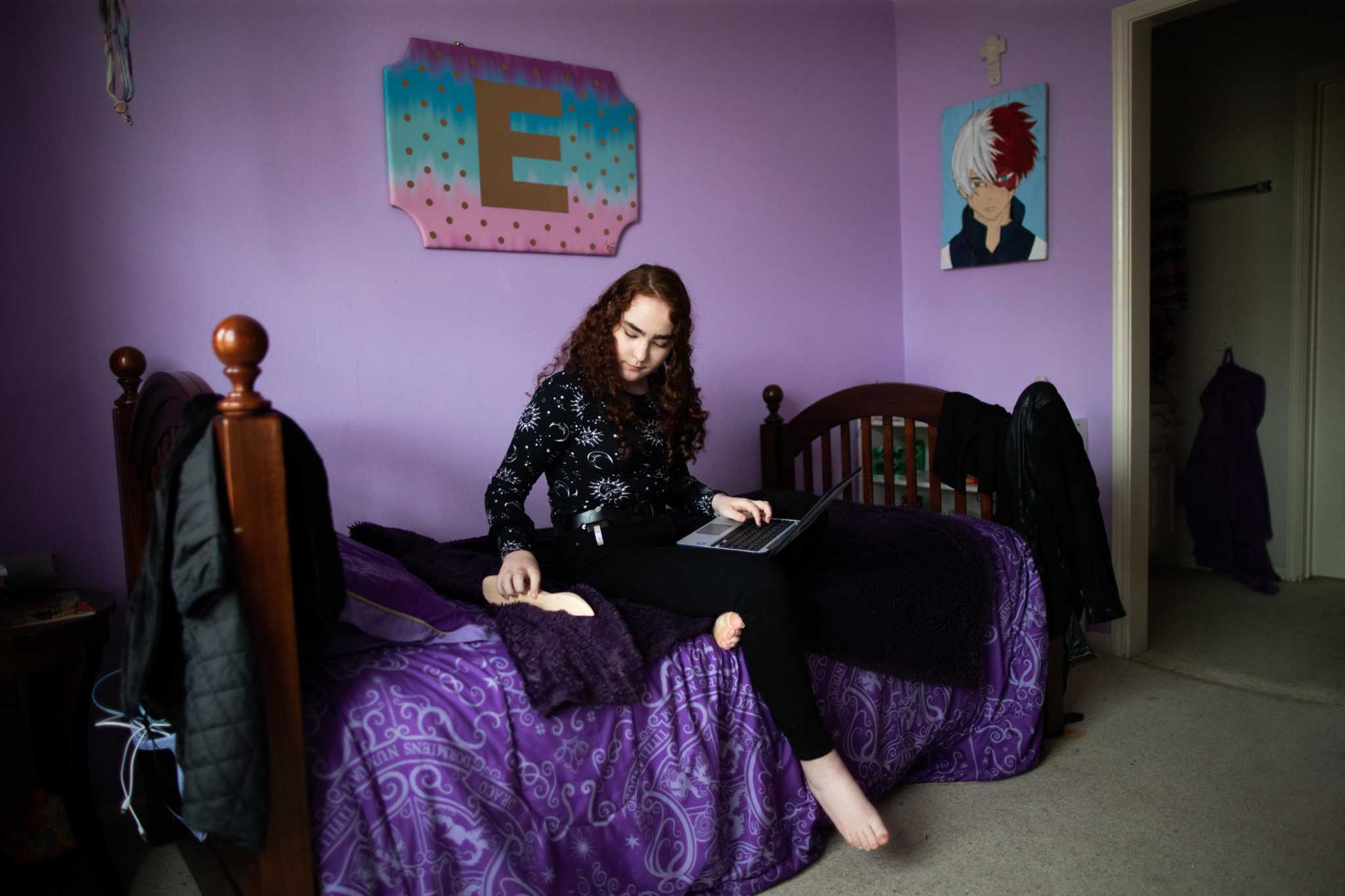 For the past 13 months, Beck Junior High School eighth-grader Ellen Holden has enjoyed the solitude of virtual classes, freed from the constant distractions and pressures of her Katy ISD campus.

The quiet, Holden said, allows her to concentrate better on her coursework from the comfort of her purple-painted bedroom, helping her achieve all A’s and B’s so far this year. With the pandemic potentially subsiding and more students returning to classrooms, Holden hopes to stick with virtual instruction next fall — if Katy administrators allow her.

“I would love to stay online. I just think it’s a lot better for me,” said Holden, who plans to attend Cinco Ranch High School. “I’ve been able to deal with it more and adjust to it a lot quicker than some of my friends have. I’m just waiting to see what they offer.”

With the 2021-22 school year just four months away, some Houston-area school districts are considering whether to continue offering online instruction in the fall after a small fraction of students flourished from home amid the pandemic.

In recent weeks, officials in Houston, Katy, Fort Bend, Conroe and Clear Creek ISDs, among others, publicly disclosed their early steps toward providing virtual classes next fall. While education leaders expect to bring nearly all students back to campuses come August, some administrators hope lawmakers will clear legislative and regulatory roadblocks stopping them from offering an online option in 2021-22.

“We really do believe that a virtual learning environment is here to stay for students who learn best in that,” said Clear Creek ISD Chief Communications Officer Elaina Polsen, whose district published an application this month seeking enrollees in a new online-based campus. “We’re looking for students that are self-directed, self-motivated and have the family structure in place to serve as a learning coach.”

All Texas public school students finished the final two-plus months of the 2019-20 academic year in virtual school, and many remain in online-only classes today. While the vast majority of students in Houston’s suburban districts have returned to campus, more than half of students continue to learn from home in some districts closer to Houston’s urban core.

Texas school leaders expect to resume close-to-normal operations by August, assuming the state reaches herd immunity or vaccines become available for children. Still, many educators report that some students have thrived in an online setting, warranting the creation of virtual schools.

“While it’s certainly not for every student, the option is one we know districts, students and parents want in appropriate instances,” said state Rep. Keith Bell, R-Athens, lead author of a Texas House bill aiming to increase online learning opportunities.

Seven traditional and charter school districts currently operate virtual schools, enrolling about 29,500 students, or 0.6 percent of all Texas public schoolchildren. However, the state’s other 1,200 districts cannot feasibly start online-only campuses because state law does not allow them to collect per-student funding for those children. Texas Education Commissioner Mike Morath used his state-authorized power to make an exception for the end of the 2019-20 school year and all of the 2020-21 school year.

Legislators in the Texas House of Representatives and Senate have proposed bills that would deliver per-student funding to districts offering virtual classes.

However, the slimmer House bill and more-detailed Senate proposal differ in significant ways. For example, the House bill does not allow students in prekindergarten through second grade to enroll in online classes, while the Senate language contains no such limitation. Heated debates also remain about how many students —if any — should be allowed to attend virtual school in a district where they do not live.

While lawmakers haggle over the details, local education leaders are preparing to open virtual campuses as soon as August.

In Houston ISD, administrators are considering whether to open a standalone virtual school or offer a “hybrid” program, in which students divide their time between in-person and online classes. District officials also are debating who would be allowed to take virtual courses. Initial plans call for only offering the classes to students in grades six through 12.

“One of the criteria for student enrollment may include demonstrating success with online courses in the past, either during the 2020-21 school year or any other previous experiences with virtual learning,” HISD officials said in a statement.

Katy ISD leaders completed a family survey Wednesday asking about the appetite for a virtual high school — even as Superintendent Ken Gregorski sounded sanguine about the idea.

“We firmly believe all of our students should return back next year for in-person learning. That’s the best way to instruct,” Gregorski told Katy school board members late last month. Katy administrators declined an interview request for this article.

Among Houston’s larger districts, Conroe and Clear Creek ISDs have moved most aggressively toward virtual schools. Conroe leaders named a principal for their potential online campus, while Clear Creek officials plan to close applications to their virtual school on Monday. As of Friday, about 250 of Clear Creek’s 41,000 students have signaled interest in online-only classes next year.

The potential expansion of virtual schools — under the right conditions — has drawn support from some of the state’s top education groups, including the Texas Association of School Administrators; the Texas School Alliance, a coalition representing 43 of the state’s largest districts; and Raise Your Hand Texas, a leading public education advocacy group.

“We have not seen good performance from the full-time, statewide programs that have been around for more than a decade,” said David Anderson, Raise Your Hand Texas’ general counsel.