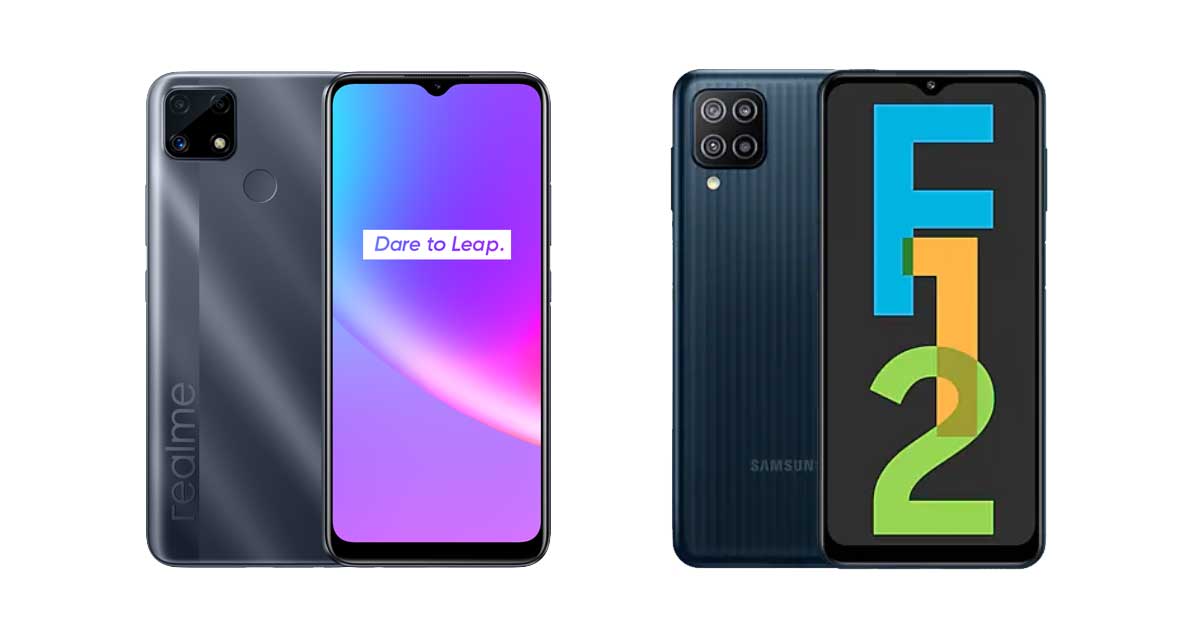 Samsung and Realme had both released the latest entry-level smartphone offering and these phones sure have what it takes to redefine the market.

For starters, the Samsung Galaxy F12 and Realme C25 are loaded with the latest Android 11 along with their individual UIs, namely the Samsung One UI 3.1 and the Realme UI 2.0.

Both also carry a 4GB RAM and 64GB storage, but the RealMe C25 can offer a 128GB Storage option that can be supplemented by a 256 GB microSD card, while the Samsung Galaxy F12 can support up to 1TB micro SD.

The huge difference is apparent when looking at the processor.

Meanwhile, the Samsung Galaxy F12 comes with its in-house Exynos 850 and Mali-G52, giving the smartphone energy efficiency with its smaller size, according to its product page.

Samsung Galaxy F12 vs. Realme C25: Camera, Multimedia, and Others

Another huge difference worth noting is the smartphone’s rear camera, despite both having a similar 8 MP front camera.

The RealMe C25 comes with a Triple Array camera with a 48 MP main camera, a 2 MP macro, and a 2 MP B&W lens, but the Samsung Galaxy F12 takes it a step further for adding a fourth, which is a 5 MP ultra-wide camera. 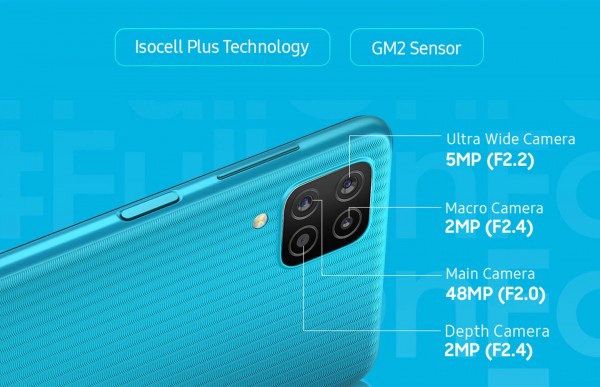 The Samsung Galaxy F12 one-ups RealMe C25 on the video department, as the former can shoot videos at 1080p compared to the C25’s 720p.

However, RealMe C25 compensates by adding features such as 20 Continuous Shooting and other photography functions.

Other notable features of the RealMe C25 include a Heat Dissipation Technology and an 18W Quick Charge perfect for its massive 6000mAH battery.

Alternately, the Samsung Galaxy F12 supports more music formats and comes with a 15W Quick Charge for its 6000mAH battery-larger than the flagship’s 4500mAH battery.

While both smartphones come with a 6.5-inch IPS LCD and a screen resolution of 720 x 1600 pixels, Samsung Galaxy F12 stands superior with its 90 Hz refresh rate compared to RealMe C25’s 60 Hz, with the former lacing its display with Corning Gorilla Glass for protection.

Samsung Galaxy F12 vs. Realme C25: In A Nutshell

At a glance, the Samsung Galaxy F12 stands superior among the two, with its energy-efficient processor and Quad Camera, which is the entry-level phone’s answer to Samsung’s photography focus on its flagship.

However, it is worth noting that the specs of the Realme C25 make it clear that the smartphone is made for elite mobile gamers on a budget.

What it lacks in camera and audio support is pumped into its gaming-centric processor, larger internal storage, and Heat Dissipation Technology.

This article is owned by Tech Times

ⓒ 2021 TECHTIMES.com All rights reserved. Do not reproduce without permission.