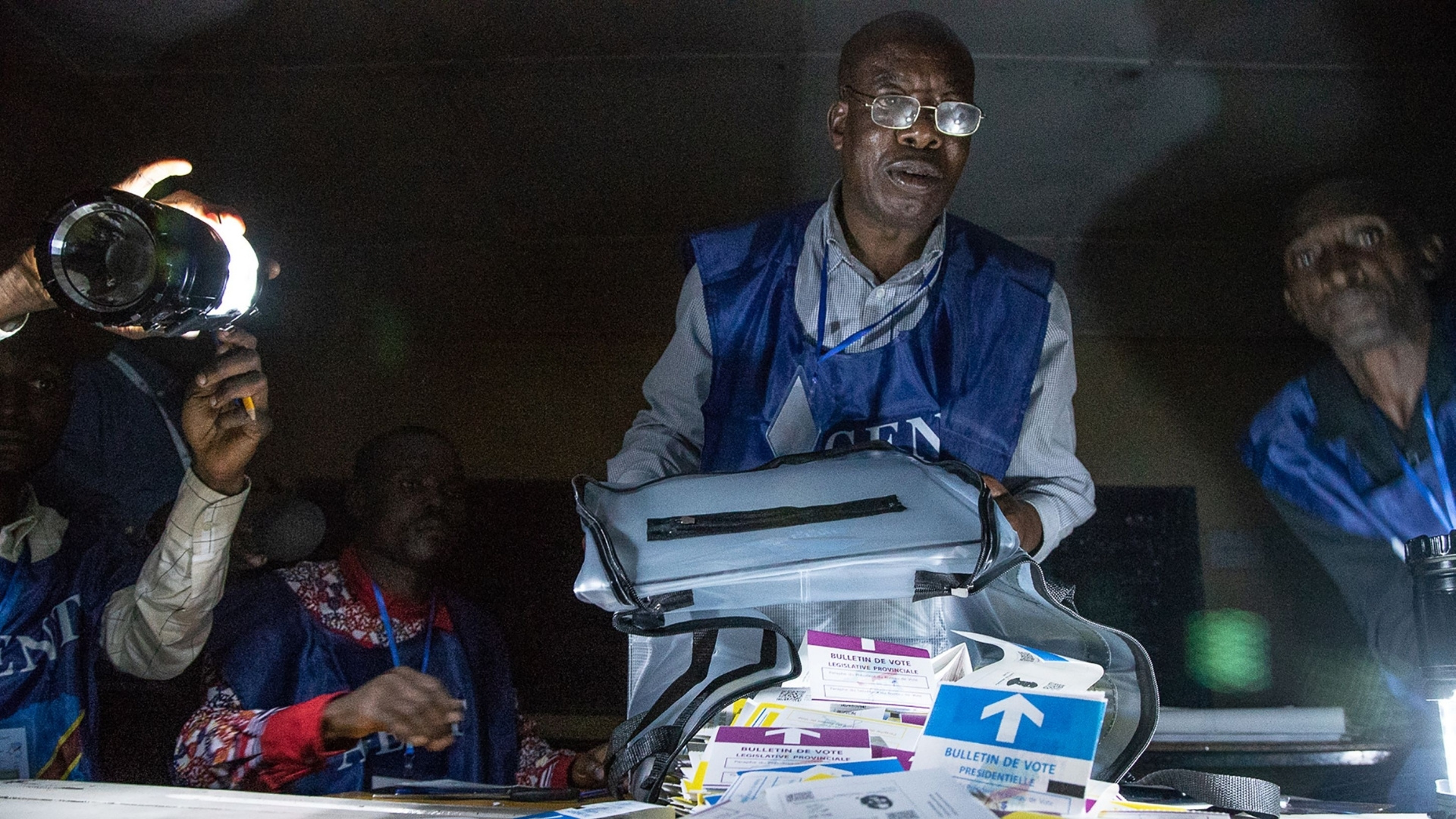 Andrea Ngombet remembers the moment he saw the internet go dark from afar. It was March 2016, and presidential elections in the Republic of the Congo were underway.

Ngombet, an outspoken Congolese human rights advocate who lives abroad, was monitoring the situation from his home base in France, checking in regularly with democracy activists on the ground. Then, suddenly, his contacts’ internet and mobile connections went dead and their communication came to a halt. He knew their tenuous virtual connection had flickered out.

After the digital blackout, Ngombet held his breath for updates — to make sure “everyone was ok, not arrested, or, worse, killed.” When he finally heard back from everyone, he felt a rush of relief. “It was a blur,” he recalls of their time in the digital dark.

Five years later, Ngombet has similar concerns about the vulnerability of the country’s internet and mobile networks as it heads into another presidential election. Non-military voters will cast their ballots on March 21, and digital rights groups and election monitors are bracing for the possibility of an imminent internet shutdown.

“Once a government shuts down the internet during such important national events, there is always a fear among the people that it would happen again,” says Felicia Anthonio, a Ghana-based campaigner for the digital rights group Access Now. “We reached out to a number of partners in and outside Congo to get an understanding of their expectations. And most of them seem to doubt that the government would keep the internet on.”

On March 16, dozens of organizations, including digital rights groups and press freedom advocates, publicly called on President Denis Sassou-Nguesso to keep the internet, social media platforms, and other digital communication channels up and running during the election period. “Nations across Africa, and the world, are intentionally shutting down the internet when people need it the most — during elections and important national events,” they wrote.

Congo’s 2015 digital disruption came in the wake of protests over a referendum that would allow President Sassou-Nguesso, who has been in power since 1997, to run for a third consecutive term. While the referendum passed, in the days leading up to the vote, police opened fire on demonstrators in violent protests, killing four. Internet and text messages in Brazzaville, the country’s capital city, crashed — an outcome the government attributed to a surge in demand for services.

Authoritarians muddy the conversation. We clarify it with journalism.

Experts say governments often unleash internet blackouts under the auspices of preserving national security or public order. “No matter the justifications that these governments normally give, one thing that stands out is the fact that the impact is always devastating, and it further endangers peoples’ lives,” says Anthonio.

The Republic of the Congo’s vulnerability to digital disruption comes as governments worldwide have used internet and social media outages to suppress dissent and communication during elections and civic unrest. Coda Story has previously reported on similar crackdowns in India, Myanmar, and Ethiopia.

In 2020, Access Now documented 155 instances of internet shutdowns across 29 countries, with more than 100 in India alone.

Meanwhile, the upcoming April election in Chad — where the internet was shut down for months after the 2016 election – has digital rights groups on high alert.

Sub-Saharan Africa has emerged as a hotspot for government-imposed internet interference in recent years. Isabel Linzer, a research analyst at Freedom House, an organization that ranks political freedoms around the world, thinks that an increase in connectivity could be a factor in internet blackouts. “There are more and more people coming online, and so digital tools are playing a more significant role in political and social life,” she says.

Repressive governments have taken note, added Linzer. “Many then turn to shutdowns, because shutdowns are really a very blunt instrument for controlling the flow of information.”

The story you just read is a small piece of a complex and an ever-changing storyline we are following as part of our coverage. Now we want to hear from you, our readers. Please take a moment to fill out this survey and tell us what matters most to you. We are about to launch a new membership program at Coda Story, and getting to know your news needs will help us make it better!

Tell us what you think