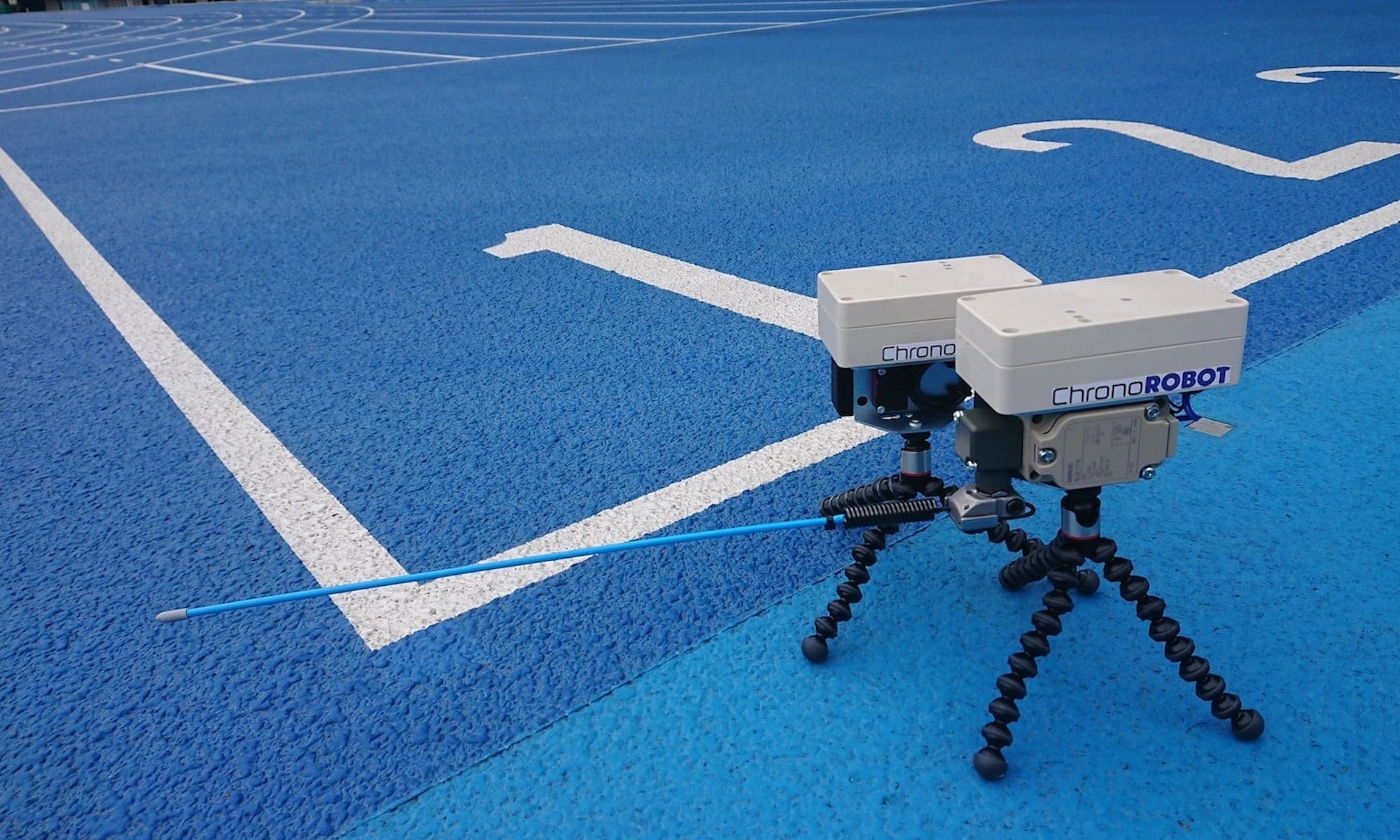 Sports are fun, but they’re even funner when you can race against your friends. The trouble is someone has to be the timekeeper. Well, maybe not anymore. With a smart sports timing system like the ChronoROBOT, sensors accurately and easily track your start and stop times. Let’s check out this cool new sports gadget.

Put the fun back into your workouts with the ChronoROBOT smart timing system. This smart sports timer lets you know exactly how long it takes you to complete that downhill ski run. And the best part is, you don’t even have to recruit a friend with a stopwatch to help. Because let’s face it, no one enjoys being the timekeeper, and the position lends itself to error. And that’s where this smart sports timing system comes in.

The ChronoROBOT consists of sensors that connect to an app on your smartphone or smartwatch. If you want to track your downhill ski times, for example, just set up sensors at the top and the bottom of the mountain. When you start your run, activate the sensors on the app and pass through the first sensor. It takes your start time. And then, of course, you’ll want to ski as fast as you can. When you reach the bottom of the mountain, you’ll pass through the second sensor which records your stop time. When you look at your app again, you’ll see your run’s time. It’s a simple system but so useful and convenient for athletes who want to improve their speed.

How does this smart timing system work?

We mentioned that the ChronoROBOT is quite a simple system, but let’s take a closer look at the components. This smart sports timer comes with sensor devices that detect time and a mobile app that you can install on your smartphone or smartwatch. A wire or the internet does not connect the sensors. They only connect to the mobile app by Bluetooth. So it’s your device that holds the key to the tracking. The sensors communicate with your phone to record your times. In a sense, you become a moving timer which is kind of cool.

What phones does the ChronoROBOT support?

The ChronoROBOT is a pretty versatile system and works with Android, iOS, and WatchOS. The company hopes that this versatility opens usage up to people all over the world. So whether you only go for Apple products or you’re a die-hard Android fan, you can use this smart sports timer.

How does this Bluetooth sports timer measure time?

If you’re serious about your sport, this is probably the number one question you have on your mind. The ChronoROBOT measures the section time for ski, sprinting, and other sports in 1/100 second. It’s a pretty standard way to measure time for sports where every hundredth of a second counts. You can also track your mid-way time by adding a third sensor device to the system.

With this sports timer, you can select the kind of sensing device you’d like to use. There’s an option for a mechanical sensor system, which consists of a physical arm that you push to activate timing. It’s ideal for sports such as skiing and snowboarding. Otherwise, you could choose a photoelectric sensor system. These sensors detect your movement with a light beam and are great for sports such as running and swimming.

Get start calls from the paid app

If you and your friends really want to feel like you’re competing in an Olympic-style race, you could get a start call from the premium (paid) app. This feature plays the recording, “On your marks, set, BAN!” The BAN stands for a shooting sound that sets off 1–1.5 seconds after the ‘set’ call. So you totally can race with your group in a way that feels like a real competition. This increases the fun and ups the competition.

Check your time in 3 ways

If you’re serious about your sports and are interested in bettering your times, the ChronoROBOT is worth considering. It’s also great to use just for fun with your family and friends since it ups the ante on your runs down the slopes or over the track. It makes your typical race more like a professional one, which is always cool. Accurate, easy to use and set up, the ChronoROBOT is a great gadget to use with your favorite sports.

The ChronoROBOT smart timing system typically costs $321.93. You can currently preorder it on Kickstarter for around $220.01 (¥24,000). What sports would you track with this sports timing app and sensor system? Let us know in the comments.

Lauren has been writing and editing since 2008. She loves working with text and helping writers find their voice. When she’s not typing away at her computer, she cooks and travels with her husband and two daughters.