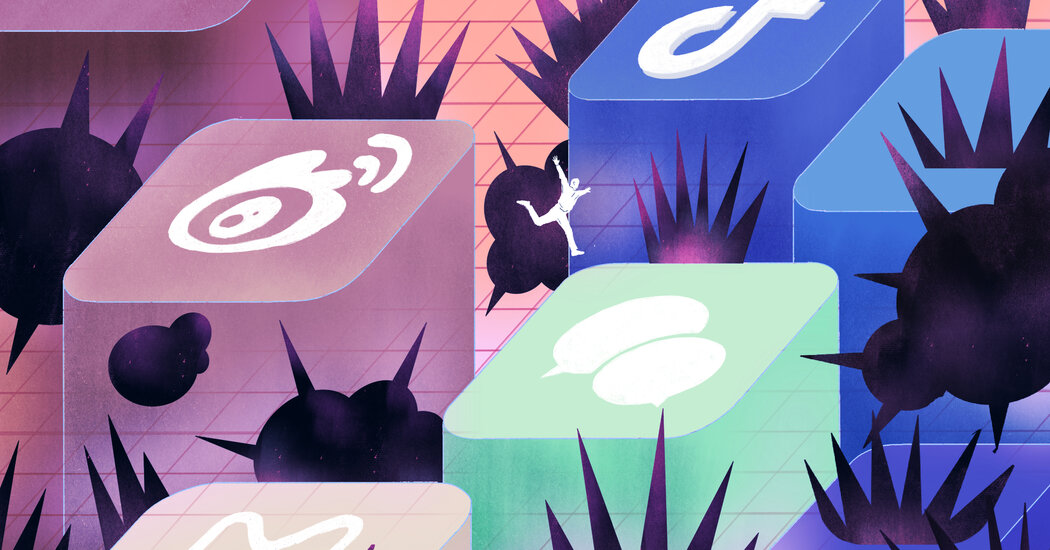 China’s internet companies have also become accustomed to turning to the government. Their data and networks help the government surveil the public. They follow the official censorship guidelines diligently and help the state media blare propaganda. They have become an integral part of the Communist Party’s social control machine. Tencent and Baidu declined to comment, and Alibaba did not respond to a request for comment.

With the government waving the antitrust baton, they could become even more servile.

Last week, Tencent announced a $7.7 billion fund dedicated to what it called “sustainable social value innovations.” It would fund projects involving education, carbon neutrality and the revitalization of rural villages, many of which are pet topics of the party. Online, some commenters praised Tencent for its adroit politicking. One Weibo commenter quipped that Tencent was paying its antitrust fine in advance.

Alibaba used to be the most defiant in its dealings with the regulators, which once looked the other way as the e-commerce giant bullied its smaller competitors and vendors. As late as November 2019, an Alibaba executive defended its exclusionary practices in a meeting with the antitrust regulator. “There are always some competitors who speculate maliciously about the exclusive cooperation business model,” she said.

Alibaba’s attitude now couldn’t be more different. After the regulator imposed the $2.8 billion antitrust fine, the company said it “accepts the penalty with sincerity and will ensure our compliance with determination.” Mr. Ma has kept a low profile since October.

Still, talk is cheap, and the platforms have done little to show they are opening up. Tencent and Alibaba, for example, could start by allowing each other’s payment apps on their services. That would benefit consumers and show they are serious about following the law. That could also get the government off their backs.

But so far, none of these companies have announced substantial moves to correct anticompetitive practices. Instead, they are clashing and maneuvering through the halls of power.