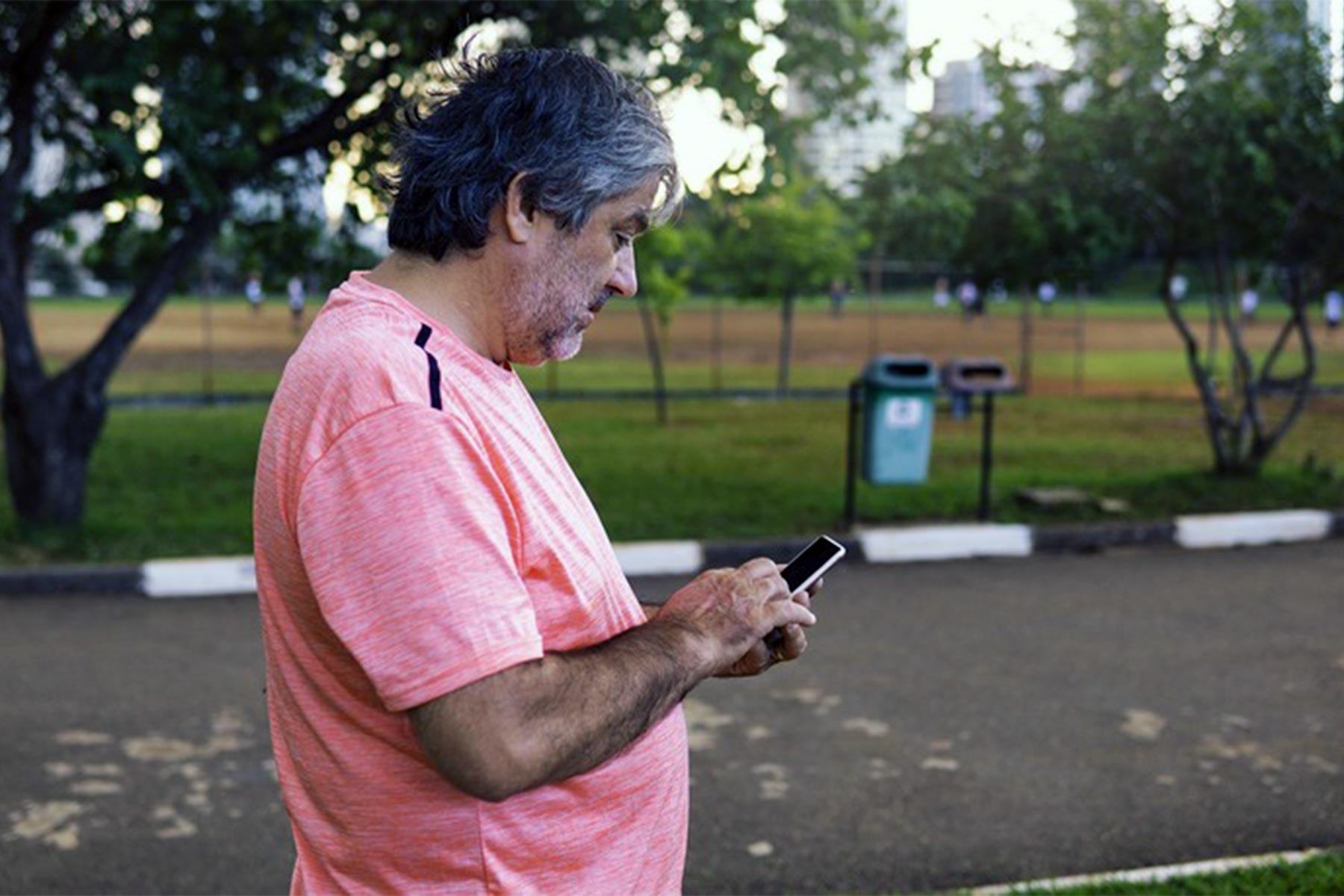 California has reached a digital milestone as nearly 91{a7758c3706987b952e6c06b8e84de22b0478c6ec9e4b4c13f69a9ea693861278} of its households have high-speed internet access, according to new statewide survey results released today by USC and the California Emerging Technology Fund.

“The pandemic has renewed attention to the digital divide,” said Hernán Galperin, the study’s lead researcher and an associate professor at the USC Annenberg School for Communication and Journalism. “We have a unique window of opportunity to reach the goal of full broadband adoption.”

This year’s survey is the first conducted jointly by USC and the California Emerging Technology Fund, a nonprofit foundation with the mission of closing the digital divide. The fund has been tracking Californians’ internet connectivity since 2008.

California has the highest number of people living in poverty of any state, despite having the fifth-largest economy in the world. Income is a key determinant in whether a household has internet access. A closer look at the survey results through the lens of income shows that 29{a7758c3706987b952e6c06b8e84de22b0478c6ec9e4b4c13f69a9ea693861278} of households earning less than $40,000 a year have no internet connection or only have access through a smartphone.

Residents earning less than $40,000 a year had made progress in internet connectivity from 2014 to 2019, according to prior surveys, but the latest results indicate that the progress has slowed. School, business and public library closures during the pandemic have likely further hindered their connectivity.

We have a unique window of opportunity to reach the goal of full broadband adoption.

Low-income households often had to make tradeoffs, even before the pandemic. Throughout the past year, many workers lost their jobs either temporarily or permanently, forcing them to forgo services to save money. That includes disconnecting internet service: Nearly 1 in 5 low-income households in the survey that currently have access reported going without internet for extensive periods. Respondents also cited cost as the main reason for disconnecting their service.

Some internet service providers offer affordable plans for certain populations — primarily low-income families with school-age children — but those programs are not widely known: 2 out of 3 unconnected and smartphone-only households in the survey were unaware of these opportunities. The offers can be difficult to access, especially for anyone who does not speak English. And some families cannot afford service even with the discounts. 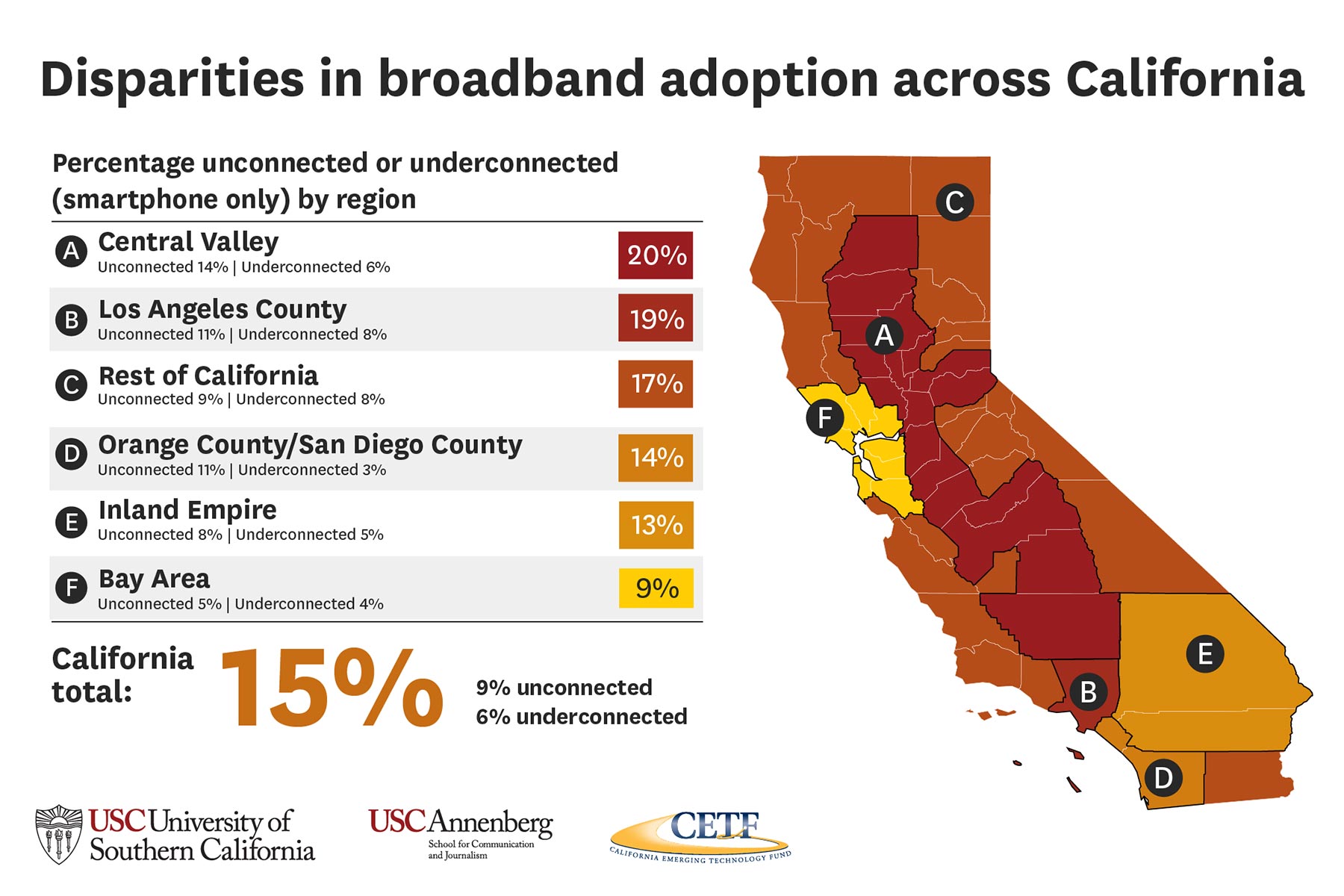 “As going digital is a way of life, we are encouraged to see that overall internet adoption is increasing,” said Sunne Wright McPeak, president and CEO of the California Emerging Technology Fund. “Still, far too many Californians are up against a wall of poverty. From our work in education and telehealth, we know home internet is a catalyst for expanding opportunity for all Californians. It’s time for leadership from the highest levels of government and business to crush the wall of poverty,”

The statewide findings show additional inequities in internet connectivity persist across regions and various demographic groups. Among the most significant findings:

“There are still some challenges on the road to digital equity,” Galperin said. “There’s no guarantee that the emergency measures taken to shore up access to the internet and devices will continue after the pandemic, while those still left behind may be the hardest to connect.” 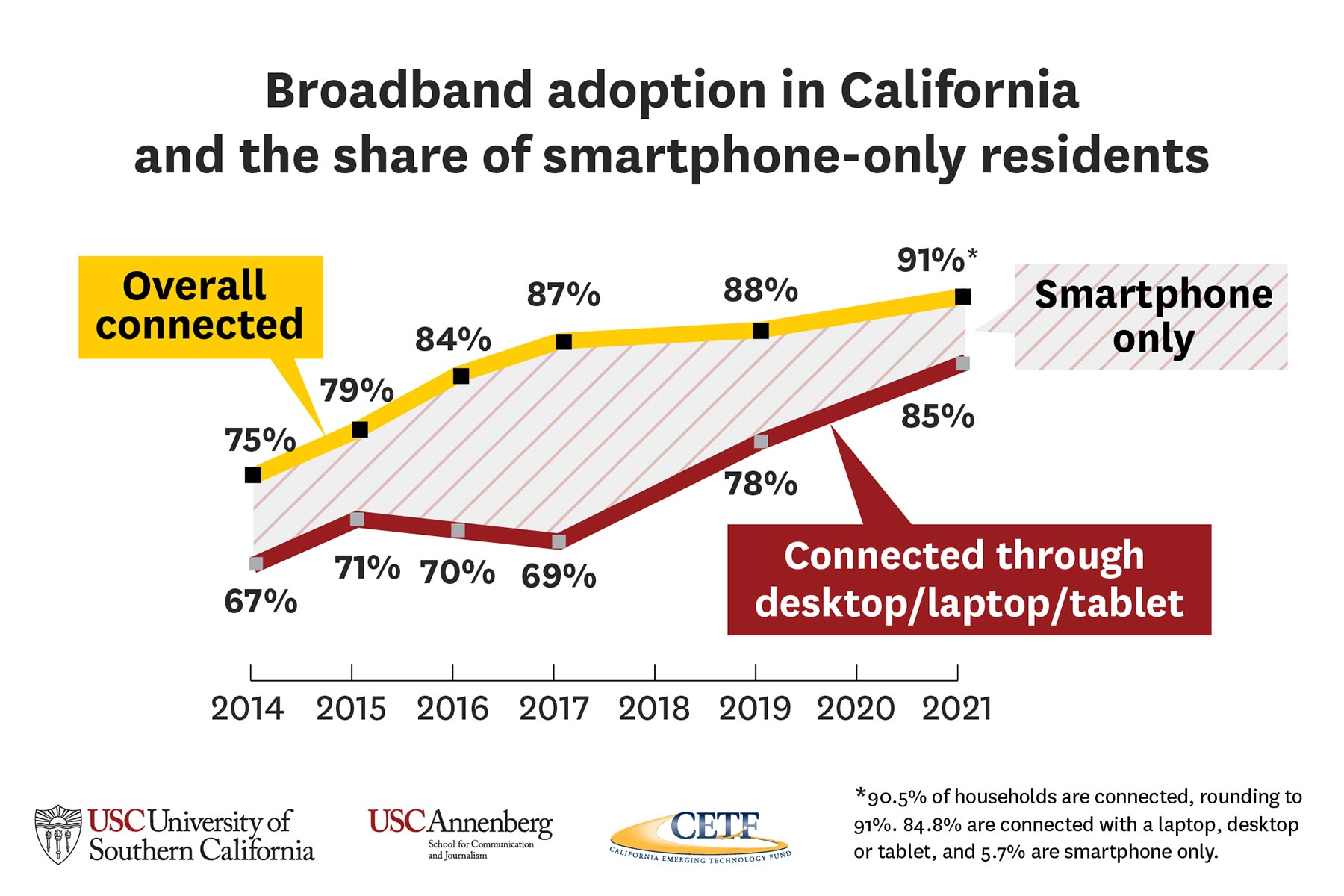 USC and the fund will release more results in the coming weeks that will focus on access to telehealth and distance learning.

“The partnership between the California Emerging Technology Fund and USC is providing vital data and timely information to inform public policy and drive action,” said Barbara O’Connor, chair of the fund’s Board of Directors.

Data are broken down between those who rely on a smartphone for connectivity (and thus will have more limited capabilities) and those who access the Internet through a desktop computer, laptop or tablet.

Researchers from across the university will converge to analyze and interpret results of the survey, including Stephen Aguilar and Dean Pedro Noguera of the USC Rossier School of Education; François Bar, Geoffrey Cowan and Adam Clayton Powell of USC Annenberg; Donna Benton and Kathleen Wilber of the USC Leonard Davis School of Gerontology; Conyers Davis of the USC Schwarzenegger Institute for State and Global Policy; Manuel Pastor of the USC Dornsife College of Letters, Arts and Sciences; and Dorian Traube of the USC Suzanne Dworak-Peck School of Social Work. Former State Treasurer and Controller John Chiang, past fellow at USC Dornsife’s Center for the Political Future, also is a contributing researcher.