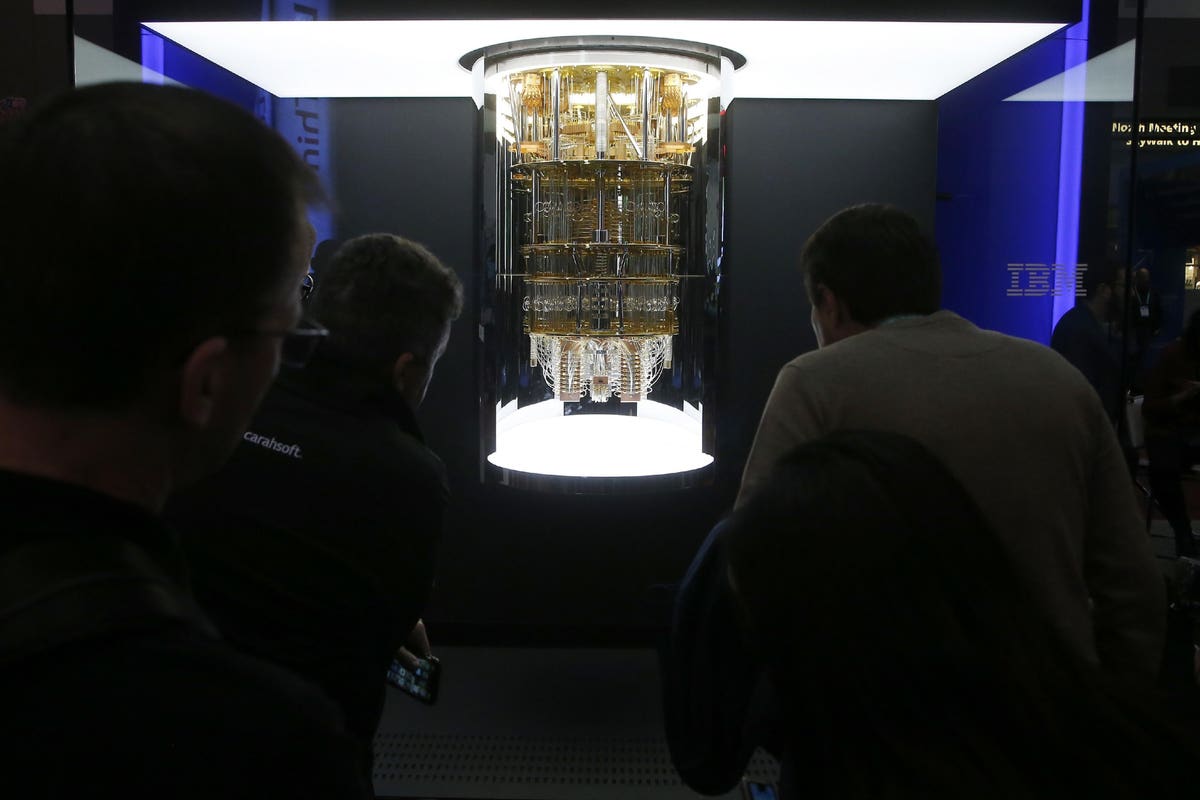 As part of his recently unveiled $2 trillion infrastructure investment plan, President Joe Biden said his administration would commit $180 billion to “R&D and industries of the future.” Among the sectors earmarked for the money are advanced computing, which includes quantum computers, as well as semiconductor design and manufacturing.

These have become central to the U.S.’s technological rivalry with China, which sees quantum computing and specialized chips powering artificial intelligence applications as once-in-a-lifetime opportunities to leapfrog America in high tech innovation. Former Google CEO and billionaire Eric Schmidt is among those who have been warning of the risk of a “national emergency” if America lets its lead slip in AI and other critical technologies. In its announcement, the Biden administration noted that the country is one of a few nations whose investment in R&D as a percentage of GDP has fallen over the past quarter century.

Experts welcomed the prospect of reversing that trend. “The [Biden] plan recognizes that we need way more funding, programs and infrastructure focused on getting groundbreaking science out of the lab and into the market,” said Ilan Gur, the CEO of Activate, which helps entrepreneurial scientists commercialize their research breakthroughs.

The plan is vague about the precise timetable for spending the $180 billion, but clearer about how the money will be apportioned. $50 billion is earmarked for the National Science Foundation (NSF), a federal agency that supports research and education in non-medical fields of science and engineering. The NSF would be tasked with creating a new directorate to coordinate work across government on strategic technologies, including advanced computing, energy and biotechnology.

Another part of the R&D strategy envisages investing $40 billion to upgrade research labs across the country, including computing networks and other digital capabilities that scientists rely on. The Department of Energy, whose national labs host some of the U.S.’s most advanced supercomputers and help develop quantum computers and advanced chip technology, would be a significant beneficiary.

Half of the $40 billion will go to labs at historically black colleges and universities (HBCUs) and similar organizations, with a new national lab attached to an HBCU being created to focus on climate science and clean technologies. Separately, the plan would pump $25 billion into various initiatives aimed at eliminating racial and gender inequalities in access to research funding, including creating up to 200 centers of excellence at HBCUs and similar organizations to boost graduate fellowships and other research opportunities.

Another $30 billion is earmarked for R&D spending that specifically spurs job creation, especially in rural areas. The remaining $35 billion of the $180 billion total would be devoted to a range of investments in clean tech and climate science.

Various elements of the plan appear to be in sync with work already going on in Congress, whose members will determine the fate of the Biden administration’s proposals. One example: A bipartisan group of legislators recently introduced a bill dubbed the National Science Foundation for the Future Act, which calls for the NSF to receive around $72 billion over the next five years.

Whether the final numbers turn out to be enough to help the U.S. stay ahead of Chinese advances in quantum science, artificial intelligence and other key technologies will likely be a subject of intense debate. But China watchers such as Elsa Kania of the Center for a New American Security argue that the commitment should be made for its own sake, not as part of a calculus that specifically involves besting Beijing.

“I believe these investments in research and development…are critical to enhancing American competitiveness going forward,” said Kania in emailed comments to Forbes. “Ultimately, [they] should be pursued regardless of rivalry with China.”