Skip to content
Home » A year into PHLConnectED, Philly has made 18,000 internet connections 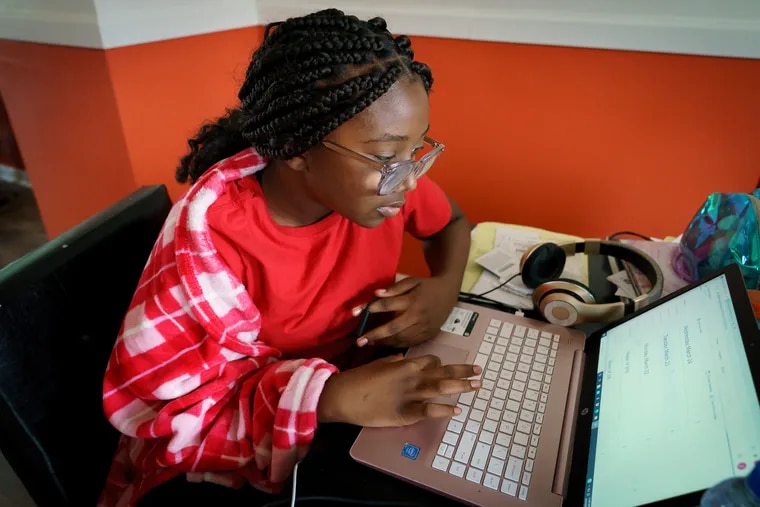 A year after city officials pledged to offer free internet to 35,000 low-income families, they announced Monday they have thus far connected about 18,720, with plans to include new households through grassroots outreach.

To date, 11,690 households have been connected via Comcast’s Internet Essentials program and an additional 7,030 T-Mobile hot spots were distributed, according to Philadelphia’s Office of Innovation and Technology.

The total reflects lifetime connections, not necessarily those receiving free internet at the moment. Some may have been connected, then exited the program.

“We’re really proud of the work that we’ve been able to do given the pandemic,” said Otis Hackney, the city’s chief education officer.

The free connections are available to families with children enrolled in any Philadelphia school, including the Philadelphia School District, charter schools, prekindergarten programs, Catholic or private schools. Those who qualify for some form of public assistance, including free lunch, are eligible, as are families whose children are English-language learners or use require special-education services, regardless of income.

“Regardless of your school, if you are in Philadelphia, if you have a need for internet, we’re going to set you up,” said Ashley Pollard, the city’s K-12 Digital Access Program Manager.

Seniors who graduated this spring or summer will have their internet access extended through Jan. 1, Pollard said.

Though city schools, including the Philadelphia School District, are planning full-time, in-person learning this year, the need for reliable internet access remains for all students, Mayor Jim Kenney said in a statement.

“As we end the first year of PHLConnectED, we’re looking to the future to ensure that the goal towards digital equity across Philadelphia for all residents is delivered,” Kenney said.

Initially, the program targeted households that had no internet connection. It was extended to those who have internet access but have concerns about being able to maintain it in the future.

The $17 million program, paid for with a combination of philanthropic, federal and school money, is guaranteed through next school year, but officials hope to be able to make it permanent. They’re keeping close tabs on a federal infrastructure bill that could provide help on bridging the digital divide.

PHLConnectED hit some bumps in its first year; many students said internet speeds were too slow to allow them reliable access. Comcast responded in March by doubling its download speed and increasing its upload speed.

In some cases, the city is also distributing hot spots to families who have broadband connections but multiple children attempting to learn remotely at once.

It remains unclear how many families still lack internet access. At one point, officials said the number was 18,000, but they now say that number is out of date. The city is gathering more accurate data and will be making it publicly available in the next few months, Pollard said.

Some families have been frustrated by the sign-up process, but Juliet Fink Yates, the city’s digital inclusion manager, said efforts will continue to smooth the way.

“We are really quite good at figuring out how to resolve an issue if we know about it,” said Fink Yates. If, for instance, a family is experiencing a blip because of a prior unpaid bill, “we can resolve that, as long as we know what’s going on.”

Hannah Sassaman, policy director for the nonprofit Movement Alliance Project, said PHLConnectED has gotten “an incredible start to breaking the digital divide in Philadelphia,” but said that the program needs more funding for digital navigators, and more help from Comcast and other companies. “At this time in history it has never been clearer that the internet is a human right.”

Those who may be eligible are encouraged to dial 211 to begin signing up.

Mental Health Trends
We use cookies on our website to give you the most relevant experience by remembering your preferences and repeat visits. By clicking “Accept All”, you consent to the use of ALL the cookies. However, you may visit "Cookie Settings" to provide a controlled consent.
Cookie SettingsAccept All
Manage consent