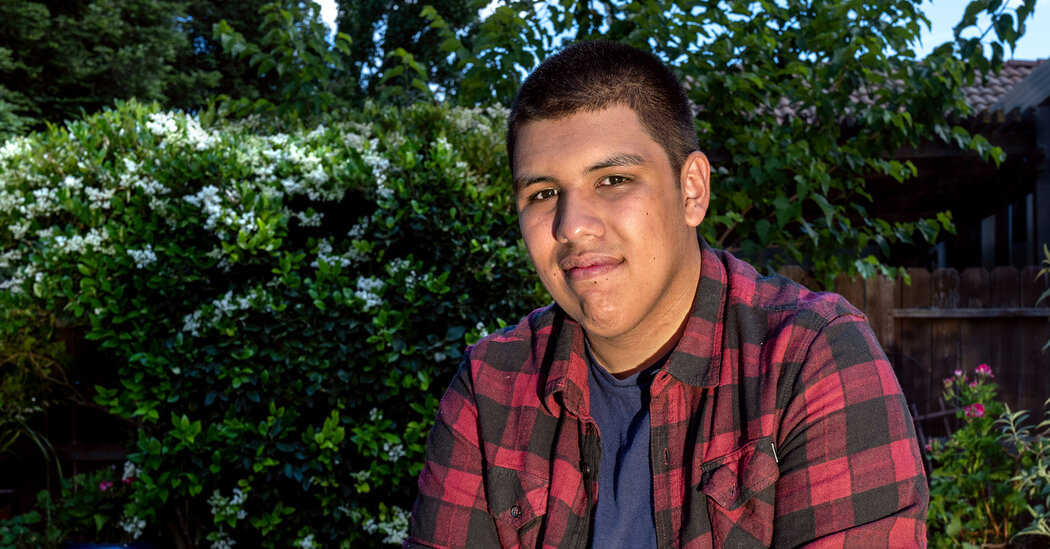 Today, we have a dispatch from the U.C. Berkeley Graduate School of Journalism. It was written by Erin Chessin and Brett Marsh:

The Natomas Unified School District, a diverse, low-income community on the northern outskirts of Sacramento, is celebrated for its pioneering mental health program. The program, created after a student’s suicide in 2014, dispatches rapid response teams to offer students help whenever school staff or special monitoring software on school-supplied computers detect warning signs of suicide or emotional distress.

It was so successful that the California School Boards Association gave the program a Golden Bell Award in 2016, citing it as an innovative model for others to emulate.

But now, after a year of school closures, and with the pandemic still far from extinguished throughout much of the state, including in and around Sacramento, the Natomas mental health program is itself under enormous stress, school officials say.

Carol Swanson, the district’s associate superintendent, said that the accumulating strain of endless Zoom classes and the isolation of being stuck at home had produced a “staggering” onslaught of urgent alerts about students struggling with mental health problems, and that demand for the district’s mental health services had soared.

In a typical school year, Natomas provides mental health support to about 1,200 students. But in the last year, more than 3,900 of the district’s roughly 15,000 students have needed help, and school officials suspect the actual number is much higher.

[What to know about California’s plan for reopening schools.]

“The hard part is that we don’t see our kids every day,’’ Shea Borges, executive director of the district, said. “As a former teacher and principal, you could walk on my campus and I could take a look at you for one second and know that you’re having a bad day.”

Some Natomas students have little reprieve from already stressful home lives. Nearly three-quarters of the students qualify for free or reduced-price lunches, and the pandemic has added to longstanding stressors at home, be it job insecurity or difficulties paying for groceries.

“Young people at Natomas and across Sacramento have been challenged beyond what most people in their life are challenged with,” said Michael Lynch, co-founder of Improve Your Tomorrow, a nonprofit organization that provides mentorship for students at Natomas High and other schools in the Sacramento area. “Loneliness exacerbates trauma, and trauma breeds mental health challenges.’’

To get a better sense of how their students were coping, the Natomas school district’s leaders conducted a voluntary mental health survey of the student body in October and November. With about two-thirds of the students participating, the district identified an additional 460 students who needed extra attention from mental health staff members.

Seventeen school psychologists work in the district’s schools. But instead of meeting students in an office or on campus walks, the psychologists have fallen into a steady but exhausting rhythm of holding individual and group counseling sessions over Zoom. “It’s really emotionally difficult for everybody,” Ms. Swanson said. “And that’s one of the things I want to stress, is we often forget about our own needs when we’re reacting to situations.”

The Natomas mental health system also uses a computer program called GoGuardian to monitor what students are typing on school-supplied computers. If, for example, a student does a Google search for “painless ways to commit suicide” or the phone number of a suicide hotline, an alert goes out to a team of school officials, including the school principal, a district supervisor and Earl Pavao, the head of student services and the one most likely to respond. There is also a website where students, teachers and family members can anonymously notify the district to check in on a student.

“Any time a referral comes, there’s a quick flurry of texts,” Mr. Pavao said. “I’m like a fireman who jumps down the pole.”

That often means racing to the home of a troubled teenager if counselors can’t get through to a student or their parents or guardian. Yet Stan Collins, a suicide prevention specialist based in Sacramento, said the full psychological fallout on students wouldn’t even be felt until after the pandemic.

“We have felt the earthquake, but the tsunami has not yet reached our shores,” Mr. Collins said. “It’s vital that we stay vigilant.”

With the return to in-person instruction this month, district officials are hopeful students will be less stressed.

“Every step of being back in-person absolutely plays to the upside of student health,” Mr. Pavao said. “Just being in a place at school again is a pretty therapeutic adjustment from being isolated.”

Oscar Chavez was a senior at Natomas High when the outbreak caused nationwide school closures. The son of first-generation Mexican immigrants, Mr. Chavez, now 18, said the new stresses brought by the coronavirus intensified the “dark thoughts’’ he has wrestled with for years.

During his junior year, he sought help after a school counselor urged him to consider getting therapy — a step, he said, that led to a diagnosis of depression. The therapist he had started seeing, he said, helped him cope with the anxieties the pandemic brought to his senior year. “I’m glad I had that sort of safety net,” said Mr. Chavez, who graduated last June.

“A teacher being able to provide support to their students, whether it’s just listening, is very important,” he said. “I’m glad I got to experience that.”

If you are having thoughts of suicide, call the National Suicide Prevention Lifeline at 1-800-273-8255 (TALK) or go to SpeakingOfSuicide.com/resources for a list of additional resources.

(This article is part of the California Today newsletter. Sign up to get it delivered to your inbox.)

Here’s what else to know today

Mr. Baylor died this week. Read about his storied life in this obituary.

California Today goes live at 6:30 a.m. Pacific time weekdays. Tell us what you want to see: [email protected]. Were you forwarded this email? Sign up for California Today here and read every edition online here.

Jill Cowan grew up in Orange County, graduated from U.C. Berkeley and has reported all over the state, including the Bay Area, Bakersfield and Los Angeles — but she always wants to see more. Follow along here or on Twitter.

California Today is edited by Julie Bloom, who grew up in Los Angeles and graduated from U.C. Berkeley.